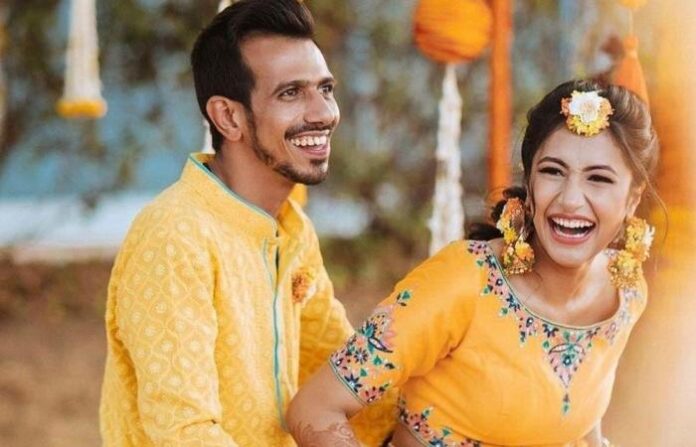 Yuzvendra Chahal and his wife Dhanashree are two of the most popular husband-wife duo on social media.

Indian leg spinner Yuzvendra Chahal has asked his fans to not believe rumors about his married life after social media was abuzz with posts pertaining to his alleged “divorce” with wife Dhanashree Verma.

Memes on India spinner Yuzvendra Chahal and his wife Dhanashree Verma have taken the internet by storm after the YouTuber removed ‘Chahal’ from her surname on Instagram.

They have both become Internet sensations.

In an Instagram story, Chahal wrote, “A humble request to you all to not believe, in any sort of rumors pertaining to our relationship. Kindly, put an end to it. Love and light to everyone.”

The rumors of a spat between the Chahal and Dhanashree come a week after the social-media saga between Rishabh Pant and Bollywood actress Urvashi Rautela.

The duo, without revealing names, took potshots at each other after an interview by the actress went viral on the internet.

Rautela had revealed in the interview that a certain “Mr. RP” had waited in the lobby to meet her during an event in New Delhi.

The meeting however did not take place as a tired Urvashi had dozed off after the event before realizing that there were “16-17 missed calls”. ( H/T Hindustan Times )

You can read the full Rishabh Pant-Urvashi Rautela story here