WTA Suspends Tournaments in China Over Treatment of Peng Shuai 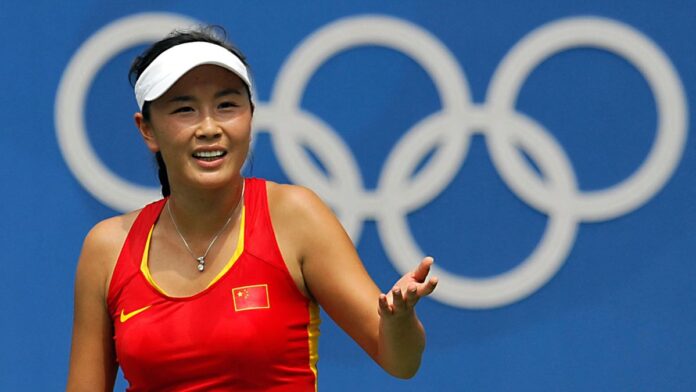 The women’s professional tennis tour announced Wednesday that it was immediately suspending all tournaments in China, including Hong Kong, in response to the disappearance from public life of the tennis star Peng Shuai after she accused a top Communist Party leader of sexual assault.

With the move, the Women’s Tennis Association became the only major sports organization to push back against China’s increasingly authoritarian government. Women’s tennis officials made the decision after they were unable to speak directly with Peng after she accused Zhang Gaoli, a former vice premier of China, in social media posts that were quickly deleted.

The Chinese government quickly removed all mentions of Peng’s accusation, and coverage of Peng from news media outside China has been censored. She has not been seen in public except in the company of government officials in more than two weeks.

Peng, 35, a Grand Slam doubles champion and three-time Olympian, resurfaced late last month in a series of appearances with Chinese officials, including in a video conference with Thomas Bach, president of the International Olympic Committee, which will bring the Winter Games to Beijing in February.

“While we now know where Peng is, I have serious doubts that she is free, safe and not subject to censorship, coercion and intimidation,” Steve Simon, the chief executive of the Women’s Tennis Association, said in a statement.

“If powerful people can suppress the voices of women and sweep allegations of sexual assault under the rug, then the basis on which the WTA was founded — equality for women — would suffer an immense setback,” he added. “I will not and cannot let that happen to the WTA and its players.”

The suspension comes just two months before the start of an Olympics that makes Beijing the first city to host both the summer and winter Games. The I.O.C. has not indicated that the Peng controversy would affect the Games, with Richard W. Pound, a Canadian lawyer and the organization’s longest-serving member, saying that the committee prefers “quiet and discreet diplomacy.”

No other sports organization has followed the WTA’s lead.

“We cannot walk away from issues related to sexual assault,” Simon told The Times in an interview Wednesday night. “If we do that we are telling the world that is OK and it’s not important. That is what this is about.”

“It’s the right move and I’m so proud of the WTA for taking it,” Martina Navratilova, the former champion, said. “Now we are just going to have to see if the other sports, especially the ATP, will follow.”

The governing body for the men’s tour, the Association of Tennis Professionals, asked for an investigation into Peng’s safety, but has not suggested it would boycott China. And on Tuesday, World Athletics, the governing body for track and field, affirmed that it would hold its relay championships in Guangzhou in 2023. The organization is led by Sebastian Coe, a leading member of the I.O.C.

Women’s tennis stands to lose hundreds of millions of dollars in the coming years by pulling out of China. The tour has a 10-year deal to hold its season-ending tournament in Shenzhen, where organizers committed to some $150 million in prize money and millions more on tennis development in the country. The organization also holds eight other tournaments in the country.