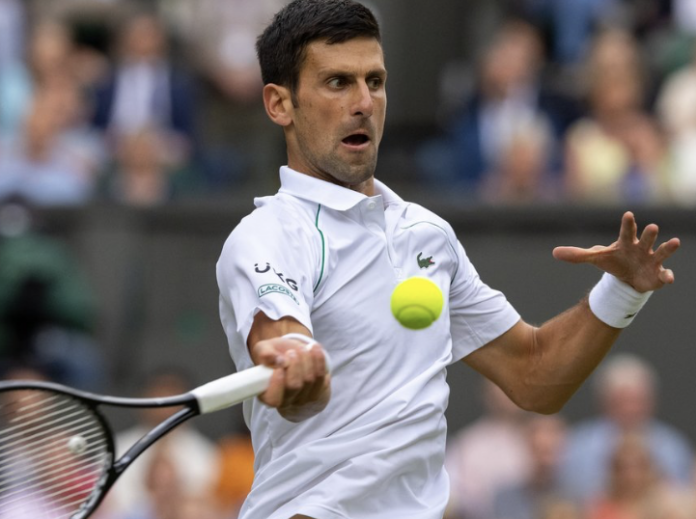 He is just one victory away from a sixth Wimbledon title and record-equalling 20th major.

The world No.1 progressed in straight sets 7-6 (7-3) 7-5 7-5 yet it’s fair to say that Shapovalov fought hard in what was his first Grand Slam semifinal.

Djokovic was playing in his 41st Grand Slam semifinal and gave ample proof of his big match mentality by saving 10 out of 11 break points.

If he wins Sunday’s final, he will be alongside Rafael Nadal and Roger Federer for the most men’s Grand Slam titles (20).

“Particularly at this stage of my career what is most important for me are the Grand Slams,” said Djokovic.

Hurkacz had knocked out eight-time champion Roger Federer in the quarter-finals.

Matteo Berrettini put on a stunning display of power hitting to bludgeon his way past the gutsy Hurkacz and reach his first Wimbledon final.

Hurkacz had never previously made it past the third round of a grand slam.

Both Berrrettini and Hurkacz came into Friday’s semi-final hoping to be the first men from their respective countries to reach the final at the All England Club.

The match looked as though it was going to be a one-sided affair when Berrettini won the second set to love in about 20 minutes.

However Hurkacz fought back in the third to turn the match into a real contest.

In the end, it wasn’t enough as Berrettini stepped up his level again to clinch the fourth set and book his place in the first grand slam final of his career.

“I think I never dreamed about this because it was too much for a dream,” said Berrettini.

Should he win on Sunday, Berrettini may be able to celebrate a national double with Italy facing England in the Euro 2020 final in London later that day.