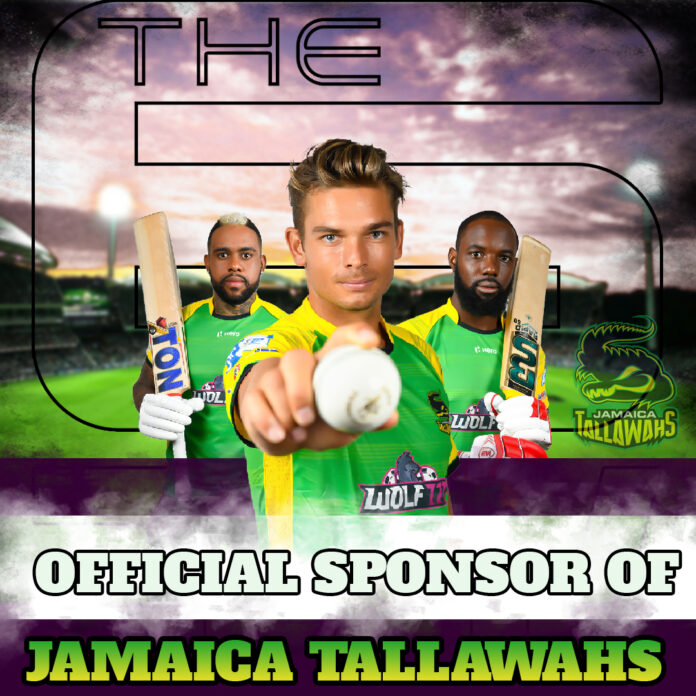 The Caribbean Premier League is one of the fastest-growing cricket leagues in the world and this partnership comes at the right time.

With the CPL T20 2022 just around the corner, Wolf777 has made another big announcement.

Wolf777, the fastest growing, and leading gaming brand has just signed the deal to become the official sponsor for the Jamaica Tallawahs in the upcoming CPL series.

The Caribbean Premier League is an annual Twenty20 cricket tournament held in the Caribbean.

It was founded by Cricket West Indies in 2013 to replace the Caribbean Twenty20 as the premier Twenty20 competition in the Caribbean.

The inaugural tournament was won by the Jamaica Tallawahs who defeated the Guyana Amazon Warriors in the final.

Wolf 777 recently took to Twitter to announce the collaboration

The defending champions St Kitts & Nevis Patriots will be taking on Jamaica Tallawahs in the opening match.

The tournament will finish on the 1st of October at Providence Stadium in Guyana.

The tournament will be taking place across four venues.

From 1st September to 5th September, Warner Park at St. Kitts will organize all the games.

St. Lucia will then take over from September 7th till September 12.

Trinidad will then host from September 14 to 19 and Guyana from the 21st of September till the finals on 1st October.

The franchise was the winner of the inaugural Hero CPL ‘Jamaica Talahwas’. They represent Jamaica in the Caribbean Premier League.

Jamaica Tallahwahs has given consistent performances in the previous seasons

They will be looking forward to doing the same this year too.

Moreover, the Jamaica Tallawahs have won their second title in 2016. Currently, Rovman Powell is the skipper of the team. whereas the famous former cricketer, Shivnarine Chanderpaul is the coach of the team.

Although they had a season to forget last year when they finished 7th on the points table, they will be eager to bounce back this year