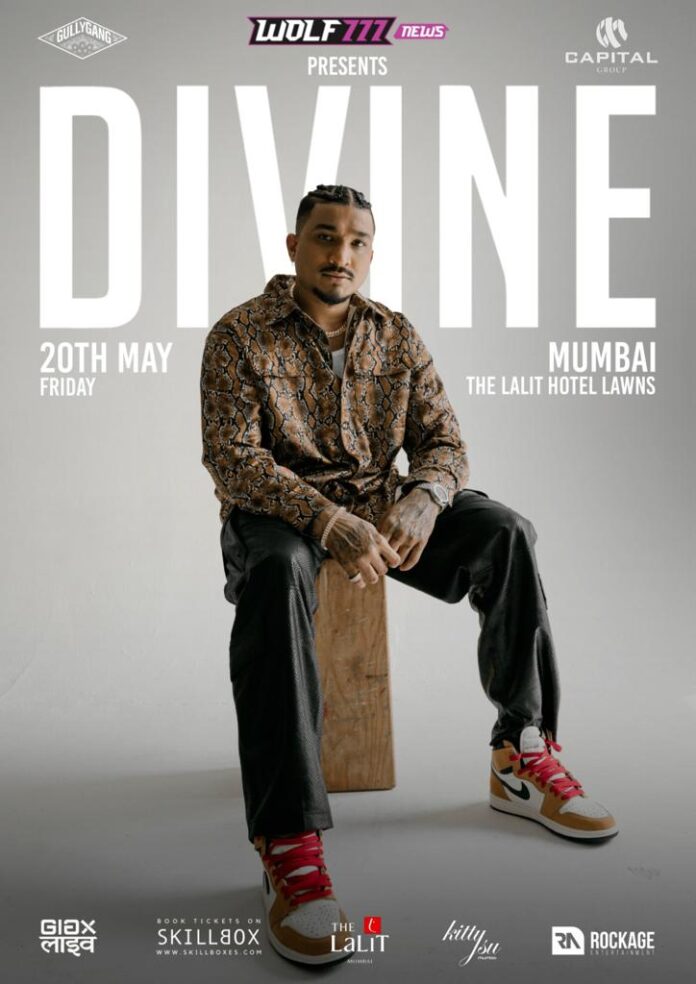 Wolf777news, one of India’s leading sports and entertainment news platforms made a major announcement.

They have unveiled the concert sponsorship with renowned rapper DIVINE.

DIVINE is an Indian rapper and songwriter from Mumbai.

He started to gain popularity after the release of his song “Yeh Mera Bombay” (2013).

He is best known for his song “Mere Gully Mein” and is also the first Indian rapper to be featured on Times Square billboard in New York.

Wolf777 News is a renowned brand in the global & Indian sports domain with an offering of real time sports and Bollywood news.

The concert is scheduled to take place in Mumbai at the luxurious 5-star property The Lalit Hotel, Lawns on 20th May.

This sponsorship makes a lot of strategic sense for Wolf777 News.

DIVINE is a youth icon and his contribution to popular culture is immense. He also has a huge  fan following in India is huge.

This sponsorship is in synergy with Wolf777 News’s vision of being the go-to destination for sports and popular entertainment content in India.