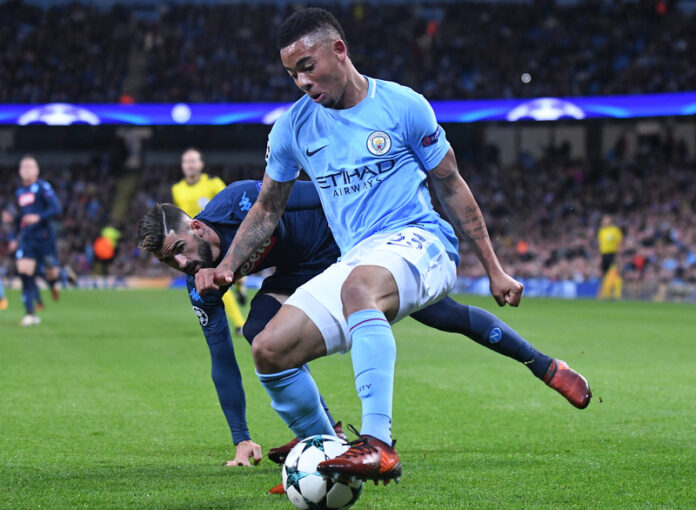 Manchester City have secured Erling Haaland’s signing before the transfer window even started.

The Citizens have activated the Norwegian’s €75 million release clause at Borussia Dortmund after agreeing personal terms with the player.

The Brazilian is not eager to play second fiddle with a World Cup on the horizon.

Jesus wants a move, and Arsenal have emerged as his potential destination.

Arsenal’s current manager Mikel Arteta is no stranger to Jesus.

The Spaniard was Pep Guardiola’s assistant at City before taking charge of the Gunners. So, both parties have experience working with each other.

He also claimed that Jesus likes the project but he has six other suitors. So, nothing has been decided as of yet.

Arsenal have had a remarkable season under Mikel Arteta with a young squad.

They are in top-four of the Premier League and if they can hold on to that position for a few more weeks, they will return to the Champions League for the first time since 2016.

The North London outfit would need reinforcements next season to sustain the upward trajectory.

The striker’s position is a priority for Arteta since he doesn’t have too many options there.

Pierre-Emerick Aubameyang left the club for Barcelona in January.

Remaining options Alexandre Lacazette and Eddie NKetiah will be free agents in a matter of weeks.

Arsenal are trying to tie Nketiah to new terms, but they still want another striker.

Nketiah has shown that he can contribute some goals, but he is yet to develop the finesse of a top brass Premier League striker. Here’s where Gabriel Jesus comes in!

The 25-year-old has never a regular starter at the Etihad, but he is only five goals away from touching the 100-goal milestone with the Citizens.

He has found the net 8 times in the Premier League this season as well and set up 9 more.

But when he got the call, he put in commendable performances most of the time.

Why Jesus is perfect for Arsenal

Jesus boasts most of the qualities Arteta is looking for to bolster Arsenal’s attack.

He wants a striker who will lead the press high up the pitch and be on continuous movement off and on the ball.

Jesus excels in that role. He closes down defenders and try to force them into making mistakes.

Pep Guardiola often deploys Jesus on the right-wing because of his exquisite dribbling qualities.

At Arsenal, he is expected to lead the line. On some special occasions, Arteta might choose to put him slightly wider.

Gabriel Jesus is a workhorse. He is always running up and down the pitch with a smile on his face. He falls down and commits to defence.

At Arsenal, Jesus will be playing in a system similar to City’s.

So, he will fit right in.

If he gets sufficient minutes before the World Cup break, he can expect to get a call-up from the Selecao camp.

WILL THIS TRANSFER GO THROUGH?

We believe it will. The fee could be around £40-£50 million, considering Jesus’ recent form and the length of his remaining contract. His City deal ends in summer, 2023.