Why did Shakira and Gerard Pique break up? 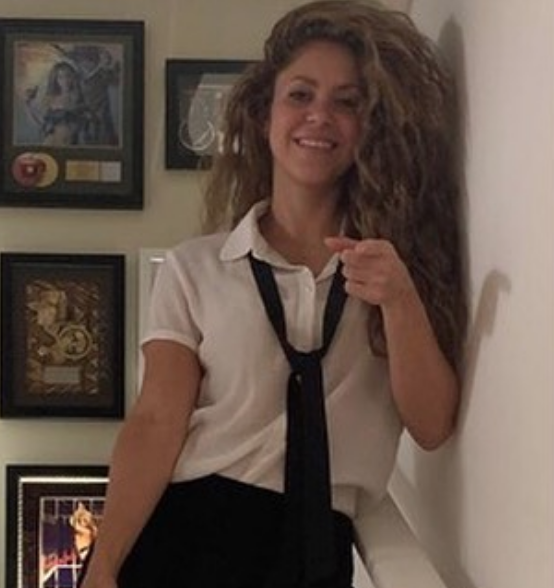 Sadly the singer and the Barcelona defender have announced their separation.

On June 6, the couple announced they had split up.

A statement released via Shakira’s publicist read: “We regret to confirm that we are parting ways.

“For the well-being of our children, who are our highest priority, we ask that you respect their privacy.

“Thank you for your understanding.”

There are many rumours floating around why the glamorous couple split.

Apparently, Pique has been “staying alone in his own apartment for weeks” after Shakira discovered he was cheating on her.

Lorena Vazquez and Laura Fa, two journalists at El Periodico, have affirmed that Pique was meeting up with a young blonde girl aged 20.

The girl is a student and an event hostess in Barcelona.

However, her identity has not been revealed, at least not yet.

Apparently, Pique was seen with this woman several times and that Shakira found out about this.

In fact, Shakira’s lyrics in her latest hit song ‘Te Felicito’ portray Pique as a liar!

“I congratulate you, how well you act, of that I have no doubt; with your role continues, you look good that show”.

“I don’t buy that cheap philosophy, I’m sorry, I don’t ride that motorcycle anymore; I can’t stand two-faced people; I used to put my hands on fire for you and you treat me like one more of your whims; your wound didn’t open my skin, but it opened my eyes.

“My eyes are red from crying so much for you; and now, it turns out that you are sorry; it sounds sincere, but I know you well and I know that you lie; I congratulate you, how well you act.”

Pique has been partying with a vengeance since his separation.
He has been enjoying Barcelona’s famed nightlife with his team-mate Riqui Puig.

The Barcelona player has been going out to party with models, almost every night.

Recently, Pique was seen with his girlfriend at the nightclub La Traviesa in Barcelona.

Apparently, Pique entered the club through a side door and went to a reserved area to meet his new love.

A journalist named Jordi Martín shared – “I’ve been following Piqué for 12 years and he’s very well known in Barcelona, the parties he throws.”

“He is going out partying a lot with his partner Ricky Puig.”

“He is spending indecent amounts of money in the disco ‘Bling Bling’ and the restaurant ‘Patrón’ and from what they tell me until the wee hours of the morning.”

Even Xavi is fed up

Apparently, the Barca manager is furious with Pique for his non-sporting activities and wants him out.

According to sources, the Barcelona coach has told the centre-back that he does not count on him any more and told him to leave the club.

This is a sad end to the career of the greatest footballers of the modern era.