The girlfriend of a Serie A star who Neymar wants to seduce!

Even while recovering from an injury, Neymar is continuing to make headlines off the pitch.

The Brazilian’s condition has once again been overshadowed by his pursuit of Chiara Nasti, the girlfriend of Roma star Nicolo Zaniolo.

Apparently, the Paris Saint-Germain forward has wanted something to develop with Nasti.

He has liked all of her recent posts on Instagram, even commenting on a number.

It’s been reported that, following his failed public attempts to woo her, he tried to speak privately with Nasti as well, although those efforts proved unsuccessful.

Reports say that Neymar is totally besotted by her!

Looking at her photos, we don’t blame him! 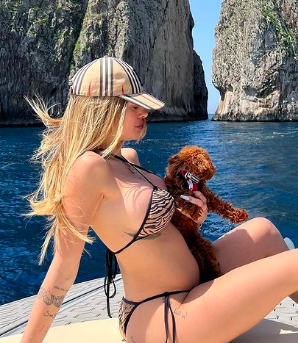 Zaniolo and Nasti posted a photo together on Valentine’s Day, making their relationship official.

They both also got tattooed to mark the relationship.