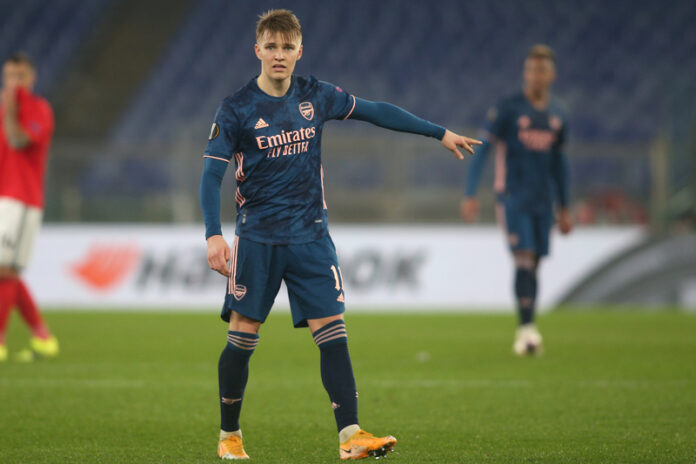 Arsenal have brought back Martin Odegaard to the club as an attempt to bolster their attack following a disappointing 2-0 defeat to Brentford in the Premier League opener.

The Norwegian was on loan at Arsenal from Real Madrid in the second half of last season.

To the naked eye, Odegaard’s return of 2 goals and 2 assists in 20 outings might not seem much exhilarating.

Arsenal’s lack of creativity has been a common theme under their current manager.

Emil Smith Rowe’s introduction somewhat improved the situation last season, and it got even better when Odegaard arrived during the January transfer window.

Post-Christmas, Arsenal were the second most successful team in the league after league champions Manchester City.

So, what are Odegaard’s qualities?

He occupies the role of a playmaker behind the striker. Unlike a classic number 10, however, he drops a bit deeper to collect the ball and supplies it to dangerous channels.

That means he is pretty good at getting the ball to his teammates in promising attacking positions.

In doing so, he significantly boosts the attacking threat of his colleagues.

Odegaard excels in unlocking space between the opponent’s midfield and defence.

Therefore, he can provide the ball to advancing forwards during counterattacks and make it way more problematic for the rival team to defend.

Link between mid-field and attack

What has been apparent in Arsenal’s build-up play under Arteta is their inability to connect the midfield and attack swiftly.

Odegaard can be the missing link that addresses this issue immediately.

He can deliver the ball to the wingers, the striker, or the surging left full-back to catch the opposition defence off-guard.

Many Arsenal fans have been complaining that Smith Rowe and Odegaard belong to the same profile.

Since Smith Rowe has been doing so well, why go for Odegaard instead of someone like James Maddison who can score more goals?

First of all, Odegaard and Smith Rowe are not exactly the same players.

Odegaard is the modern number ten, while Smith Rowe is a player who loves exploiting the half-space.

He loves to float within the space between the center and the wings.

It’s possible to field both players simultaneously in an effective formation. For example, Arteta played both of them in a 3-4-2-1 when Arsenal 1-0 away at Chelsea.

It would be unwise to completely rely on him at such a young age.

Odegaard is only a year older, but he has more experience under his belt.

He had his debut for Real Madrid at 16, had been Real Sociedad’s best player during his loan spell with the White and Blues, and he is a regular player for the Norway national team.

James Maddison would have been a fantastic signing for Arsenal, but he would have warranted a much higher fee.

According to reports, any potential deal for the Leicester man would require at least £60m.

Arsenal got the Odegaard deal done for £34m only, which might allow them to invest in other areas, a right-back, for example.