Where will Paulo Dybala play next season? 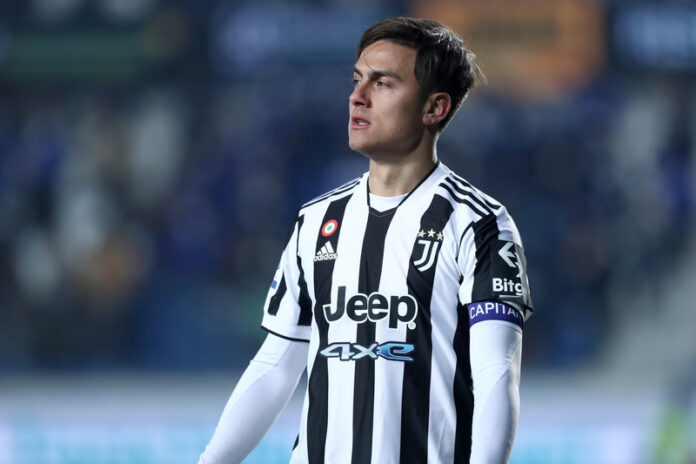 On Tuesday, Paulo Dybala bade farewell to the Allianz Stadium crowd after Juventus’ 2-2 draw with Lazio.

The Argentine forward will be leaving the club for a new challenge after his representatives failed to reach an agreement with Juve over a new deal.

Throughout his seven-year stay in Turin, Dybala made 289 appearances for Juventus and bagged 114 goals and 48 assists.

Still 28 years old, Dybala is one of the hottest items in the transfer window.

Since he’s a free agent, more and more clubs are lining up to secure the signing of the Argentina international.

But, Dybala’s injury history will be a cause for concern for any potential suitors.

He has regularly struggled to stay fit during his Juventus spell and has missed many games.

This season alone, Dybala missed 16 games for the Bianconeri.

As a result, the club was unwilling to give him an improved contract.

In fact, reports suggest that Juventus tabled an offer that would have seen Dybala making less money than his current deal.

So, what’s next for Paulo Dybala?

When he’s on song, he can be one of the most sublime attackers in the world. But, with such a poor injury record, bringing him in would be a gamble.

Another red flag would be Dybala’s lacklustre performance in Europe.

He has rarely been the difference-maker in European Cup ties.

So far, Dybala has made 53 Champions League appearances, and he has 18 goals and 3 assists to show for it.

Not an impressive return by any means!

Paulo Dybala’s goal contribution per match in Serie A stands at 0.55/match.

In the Champions League, that metric falls to 0.40/match.

So, any club willing to sign Dybala can present some compelling arguments to negotiate a lower salary.

Inter is one option

At the moment, Inter Milan seem to be Dybala’s likeliest destination.

According to reports, he will earn €7 million per year at San Siro, which is almost half of what he made at Juventus.

If Dybala does agree to join the Nerazzurri, he will pair up with compatriot Lautaro Martinez to spearhead Inter’s attack.

Dybala could come in as a replacement for veteran Edin Dzeko.

While both of them were out-and-out strikers, Dybala flourishes more as a secondary striker.

He loves drifting to wider positions and linking up with the fullback.

In doing so, he can recreate the Lukaku-Achraf Hakimi dynamic that led Inter to Scudetto under Antonio Conte.

It was also reported that Roma manager Jose Mourinho wants Dybala to bolster his side.

Paulo Dybala will be a statement signing for the club, but it’s unlikely Dybala will agree to the move.

Roma don’t have better financial means than the other parties that are interested in Dybala. Also, they can’t offer him Champions League football.

Atletico Madrid have also been mentioned as a possible destination for the player, but Atletico already have a wealth of attacking assets.

Unless they part ways with any of their current attackers, it won’t make sense for Atletico to bring in Dybala.