Are you kidding me? Guardiola to leave Man City! 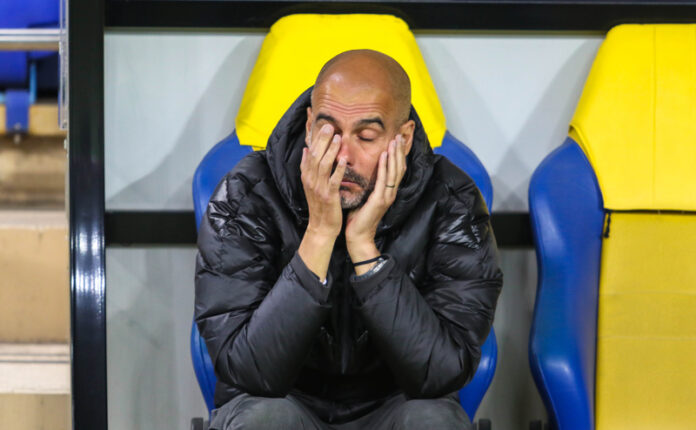 Pep Guardiola has confirmed that he will not be signing a contract extension at Manchester City this summer.

The 51-year-old can potentially lead City to their fourth Premier League title in five years this season, but he feels it’s too soon to commit to a long-term future at the club.

Pep Guardiola and Jurgen Klopp have recreated the fierce managerial rivalry Sir Alex Ferguson had with Arsene Wenger and then Jose Mourinho.

They are in charge of the best teams in England, and both of these sides are desperate to taste success at the expense of their arch-rivals.

With Klopp announcing to prolong his stay with Liverpool, Manchester City had hoped they could secure their incumbent manager for the long haul.

But, Guardiola has refused to sign a new deal before running down his present contract.

Last year, the Catalonian had openly said that he plans to leave City after his current contract expires in 2023.

He said he wanted to take a break, just like his sabbaticals after leaving Barcelona and Bayern Munich, and then decide on his new challenge.

The Catalonian said he wanted to coach a national team, preferably a Latin American one.

It makes sense for a manager who has won all domestic titles with all three of the clubs he coached. He also had the chance to lift the Champions League trophy twice.

So, why not try to win the most coveted prize in the entirety of football? The World Cup!

Before Guardiola himself declared that he wanted to leave, there were reports that Guardiola would be leaving Manchester in 2023.

The reports also claimed that he intended to cross the Atlantic, but his destination was not South America!

Rumours linked Guardiola with MLS side New York City, which is owned by the same holding company that owns Manchester City; the City Football Group.

However, it sounds unlikely that Guardiola would abandon Europe for the MLS.

While the American league has made significant progress in popularizing the brand of football in the US, it’s not practical to assume that the competition has evolved to a stage where it could pluck premium football minds like Guardiola at their prime.

But in recent weeks, Guardiola has sounded more coy about his future plans.

In an interview with Sky Sports, Guardiola claimed he wants to stay at Manchester City for ten more years, but the time and situation are not right to announce an extension now.

What has changed that made Guardiola rethink his decision to leave the club in 2023?

He could still leave Man City by then since he did not sign a new deal yet. But he seemed to have made his mind up to leave months ago.

Why the sudden hesitation?

City’s repeated failures to win the Champions League could be a possible reason.

Last season, Man City lost to Chelsea in the final and this season, they fell victim to a late Real Madrid comeback to crash out of the semifinals.

Not being able to win the Champions League since leaving Barcelona has been one of the rare shortcomings in Guardiola’s illustrious managerial career.

After two back-to-back last four appearances in the competition, Guardiola might feel he is close to winning it with City.

Most probably, Guardiola wants to give it another go next season.

If he finally wins the competition with City, he might feel complacent and leave the club for a newer challenge.

Otherwise, he could stay on a few more seasons to try and win the Champions League with the Citizens