“What else did he expect?” Sunil Gavaskar reacts to Virat Kohli recent comment 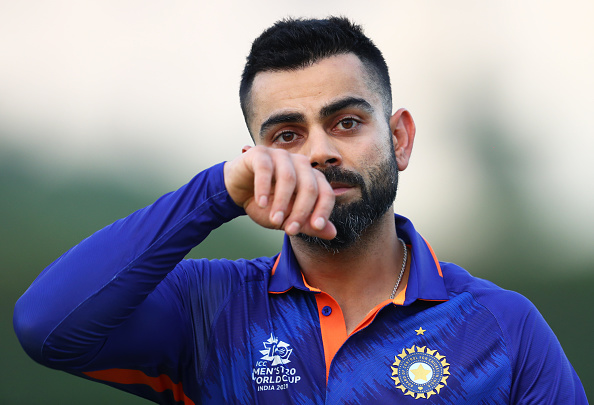 After India vs Pakistan clash on Sunday, Virat Kohli had an emotional press conference where he talked about his low phase when he quit test captaincy.

Virat Kohli revealed that MS Dhoni was the only person who messaged him when he quit test captaincy.

“I can say one thing when I announced my resignation from Test captaincy, I got a message from only one person with whom I played earlier, that is MS Dhoni.”

“Many people have my number…many people give suggestions on TV…but the people who had my number, nobody messaged.”

“The respect, the connection that you have with somebody, when that is genuine, it shows” this way,” Kohli said.

Sunil Gavaskar has now said that the ‘other persons’ who did not get in touch with Kohli should have been ‘named’.

“I don’t know what the dressing room inside situation was with all these other players. Ideally, if he has named one person who got in touch, then maybe the other persons who didn’t get in touch should have also been named.”

“That would have been a little bit fair to everybody concerned, rather than thinking that everybody else didn’t get in touch with him,” Gavaskar said in a discussion on India Today.”

In a separate discussion, on Sports Tak, Gavaskar added: “What message did he want?” he questioned. “Encouragement? But then he is done with captaincy, so why would he need encouragement? That chapter (captaincy) is already closed.”

Virat Kohli can now solely focus on his own game, says Sunil Gavaskar

“Now you are playing only as a cricketer. So focus on that role because when you are the captain, you think about and worry about your mates.”

“Once captaincy is over, it’s time to focus on your own game,” the legendary opener said

He mentioned that when he quit captaincy in 1985 after winning the Benson & Hedges World Championship of Cricket in Australia, there were no special messages or calls for him.

“Now I left captaincy in 1985 after (B&H) World Championship of Cricket. That night we celebrated, and hugged each other but beyond that what else do you expect ?” ( With PTI inputs )