The nominations list for the 67th Filmfare Awards is out!! 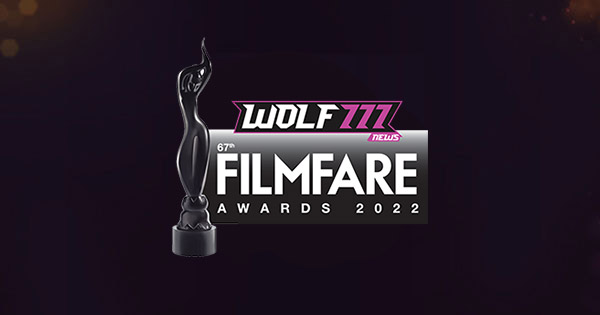 The 67th Filmfare awards are just around the corner which means the nominations list is out!

The biggest night for Bollywood which is presented by Times group and Title sponsored by Wolf777 news is all set to make 30th August a memorable night in Jio world center, Mumbai.

At the Filmfare press conference, Editor Jitesh Pillai revealed Wolf777News as the Title sponsor while also announcing that Ranveer Singh will be hosting the night. Ranveer is also going to give a grand performance.

This is not the first time that Wolf777news is acquainted with sponsoring, this is an additional feather to its well-adorned hat.

Wolf777news showcases all games & entertainment news, but Cricket has been a very special focus. It has been a Jersey sponsor for Sri Lanka international Cricket team and was associated with a couple of Caribbean Premiere League teams: Jamaica Tallawahs & Barbados Royals Teams, and Rajasthan Royals in IPL 2021. Wolf777News is also committed to contributing to and enabling the growth of the UAE’s Domestic Cricket and were proud sponsors for UAE’s Domestic 50 overs D50 Tournament in 2021, the first edition of the tournament.

Entertainment news all around the world. Most all the International & League Sports games across various markets are covered. It is already well established in the Asian region.

The nominations are something that everyone in BTown as well as the fans wait eagerly for and now the wait is over.

The nominations for Best Director (2021)

The nominations for Best Actor (2021)

The nominations for Best Actress (2021)

Kirti Kulhari (The Girl On The Train)

The second category is critic’s choice and the subcategories are Best Film, Best Director, Best Actor, and Best Actress.

The nominations for Best Film (critics’)

That’s quite a nomination list and the excitement is at an all-time high and it’s only increasing as the date of the amazing night comes closer!!

Do you see your favorites nominated here?