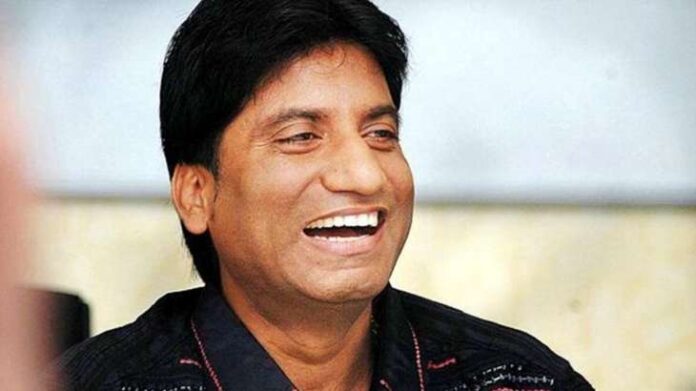 Comedian Raju Srivastava has passed away at the age Of 58, his family confirmed the news

Raju Srivastava was undergoing treatment at the All India Institute of Medical Sciences (AIIMS) following cardiac arrest. The 58-year-old stand-up comedian was admitted to AIIMS on August 10.

According to reports, the comedian died at 10:15 am today. Raju Srivastava suffered a heart attack while exercising on August 10.  “He was doing his routine exercise and while he was on the treadmill, he suddenly fell down.”

In 2005, Raju Srivastava received recognition after participating in the first season of the stand-up comedy show ‘The Great Indian Laughter Challenge.’

Satya Prakash Srivastava (25 December 1963 — 21 September 2022), known professionally as Raju Srivastava and often credited as Gajodhar was an Indian comedian, actor, and politician. He ventured into stand-up comedy with the talent show The Great Indian Laughter Challenge and finished as second runner-up, subsequently taking part in the spin-off, The Great Indian Laughter Challenge – Champions, in which he won the title of “The King of Comedy”.

Srivastav also participated in Bigg Boss (Hindi season 3), the Indian counterpart of the Big Brother (franchise). After staying in the house for more than two months he was voted out on 4 December 2009. He later participated in the comedy show Comedy Ka Maha Muqabala.

He started his career by doing small roles in Bollywood films. He had a part in the Rajshri Productions movie Maine Pyar Kiya and other small roles in various movies such as Baazigar and Bombay to Goa. He worked as an actor and comedian in the Bollywood movie Aamdani Atthanni Kharcha Rupaiya. ( Info via Wikipedia )

On 25th August there were reports of Raju gaining consciousness but his brother Dipoo Srivastava told ABP News that the family had no such information from the doctors. Diplo had also said that the comedian has shown minor improvement and is recovering slowly.

Raju’s wife Shikha had also given his health update to his fans and family from time to time and had asked everyone to pray for his recovery. Our prayers and condolences are with Raju Srivastav’s family.