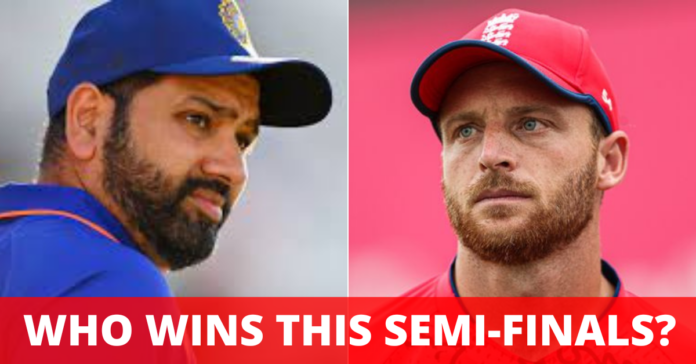 India vs England will face off in the semis

India kicked off the tournament with a thrilling win over Pakistan and continued the winning momentum. They suffered a loss against South Africa but bounced back well to qualify for the semi-finals.

3 reasons how India can beat England

Virat Kohli needs to keep firing with the bat at the top of the order. The opening pair of KL Rahul and Rohit Sharma has not been able to stitch up a big partnership till now, so Kohli’s role will be crucial in the semi-finals as the England side have quality bowlers at their disposal. Kohli is the leading run-scorer in the World Cup, with 246 runs in five matches at a strike rate of 138.98. He has slammed three half-centuries so far. Also, Adelaide has been one of the favorite hunting grounds for King Kohli he enjoys an incredible record in this venue. He scored 64 runs off just 44 deliveries against Bangladesh in the game. King Kohli will be keen to continue his form in the knockouts and help India lift the World Cup

Arshdeep Singh has taken 10 wickets in five matches, at an average of 14.10, and an economy rate of 7.83. In the absence of Jasprit Bumrah, Arshdeep has taken on the leadership role and has bowled some match-winning spells in his first-ever major tournament. In the last encounter at the Adelaide Oval, Team India Arshdeep Singh defended 20 off the last over, to power India to a five runs win over Bangladesh. Arshdeep is India’s leading wicket-keeper and Team India will be relying a lot on his bowling and death overs against an excellent batting lineup against England.

Suryakumar Yadav has taken the T20I format by storm this year. He is the leading run-scorer in the format this year, scoring over 1000 runs at an average of 44.60. He has been instrumental in giving India momentum in the middle and end overs. The prolific run-scorer has slammed 225 runs in five matches, at an average of 75 and a strike rate of 193.96. He is the third-leading run-scorer in the tournament. Suryakumar Yadav is the kind of batsman who can change the momentum of the game quickly. England will be wary of his batting form as he proved himself as a  match-winner and could be the difference for India in the mega-clash.