Sindhu wins but Indians bow to Malaysia in final 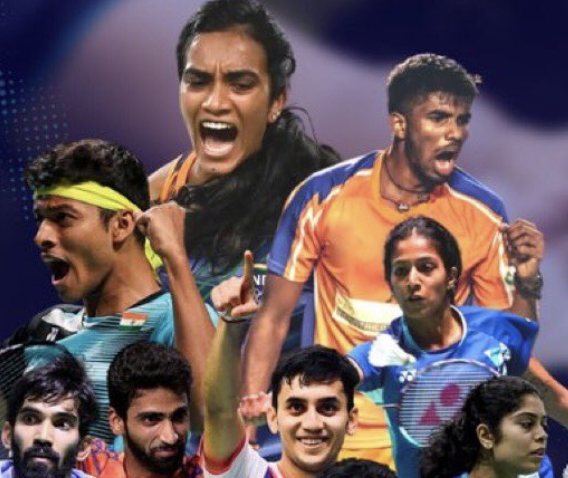 Two-time Olympic medalist PV Sindhu was at her best, helping India bounce back from the men’s doubles defeat.

Sindhu showed nerves of steel against Goh Jin Wei, the World No. 60, beating her in straight games after surviving a scare in the first game.

However, India suffered an unexpected reverse in the men’s singles.

The 22-year-old Malaysian who replaced All England champion and World No. 5 Lee Zii Jia, played like a man possessed to stun the Indian shuttler.

India did not field their highest-ranked men’s singles player, Lakshya Sen in the line-up for the gold medal match, which was possibly a mistake.

Srikanth lost the opening game 21-19 against Ng Tze Yong, who attacked from the very start.

The young Malaysian flaunted his speed and aggression as Srikanth had no answers.

However, the Indian, who won the world championships silver medal in 2021 in Huelva, quickly recovered to level the men’s singles match.
Srikanth won 12 of the last 13 points in the 2nd game and looked like he would breeze past the Malaysian.

Sindhu, who did her job to perfection, also doubled as the cheerleader as Srikanth’s teammates were cheering him on from the sidelines.

However, all the motivation was not enough for the former World No. 1 who lost what proved to be a decisive match.

It was disappointing to see Srikanth go down in the men’s singles tie of the Commonwealth Games mixed team final, 4 years after he defeated Malaysian great Lee Chong Wei in the final.

Chirag and Satwik go down fighting

The Indian pair lost the first match of the tie in straight games.

The onus to bring the tie back on level terms fell on young Gayatri Gopichand and Jolly Treesa.

A lot was expected from the Indian women’s doubles pair, which had reached the All England semi-final earlier this year.

They came up with a valiant show but World No 11 Pearly Tan and Thinaah Muralitharan romped to a straight-game win in the 4th match of the tie.

Pearly suffered an injury scare at the end of the second game but the Malaysians held their composure to win the match 21-17, 21-18.

India’s Satwik and Ashwini Ponnappa didn’t play the final match as the tie had been settled 3-1 in Malaysia’s favour.