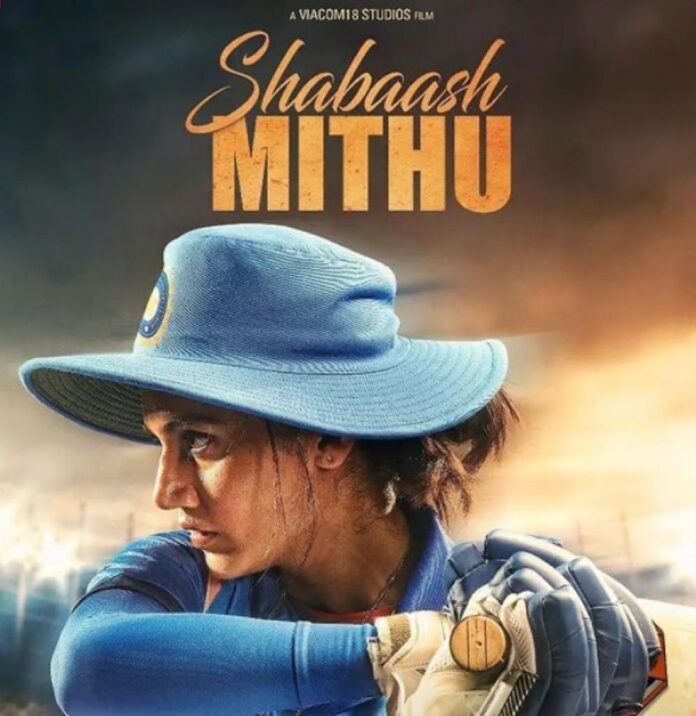 Shabaash Mithu has failed to earn any ‘shabaashi’ from the audience.

The Taapsee Pannu-starrer has earned just ₹90 lakhs in its first two days.

It’s almost certain that the film will struggle to recover its cost.

Shabaash Mithu is the official biopic of Indian cricket legend Mithali Raj and it chronicles her journey over the course of her 23-year-long international career.

The film is a journey of Mithali’s life and also tracks the growth of women’s cricket in India in the 21st century.

Sadly, it has failed to find any traction with the audience and looks set to be Taapsee’s biggest flop ever!

The sports drama had a disastrously low opening on Friday when it earned only ₹40 lakh nationwide.

There wasn’t much improvement on Saturday either as the film’s day two earnings barely touched ₹50 lakh.

This means the film has failed to touch even the ₹1 crore mark in its first two days.

In comparison, the Rajkummar Rao and Sanya Malhotra-starrer, HIT The First Case, which also released on Friday, earned 2 crores on Saturday.

Also, Shabaash Mithu’s budget is higher than HIT, which makes it an even bigger problem.

Taapsee’s performance has been appreciated but the film has been trolled for being over-the-top.

When that didn’t happen on the first day then at least the second day should have crossed that milestone.

Many netizens have even questioned the casting.

Let’s see if the film picks up during the weekdays.