Sushmita Sen has suddenly become the talk of the town!

It all began when former IPL Chairman Lalit Modi shared some cosy photos with the actress and called her his “better half”!

“Just back in london after a whirling global tour #maldives # sardinia with the families – not to mention my #betterhalf @sushmitasen47 – a new beginning a new life finally. Over the moon,” the IPL founder tweeted.

This has sent netizens into a tizzy as it is totally unexpected and out of the blue.

The joke is, even the actress’ brother Rajeev Sen had no clue about this.

He shared his opinion on Twitter looking totally surprised.

The suspense was somewhat revealed when Sushmita broke her silence through a tweet on social media.

Sushmita posted a photo with her daughters and wrote alongside, “I am in a happy place!!! NOT MARRIED…NO RINGS…Unconditionally surrounded by love!! Enough clarification given…now back to life & work!! Thank you for sharing in my happiness always…and for those who don’t…it’s #NOYB Anyway!!! I love you guys!!! #duggadugga #yourstruly.” 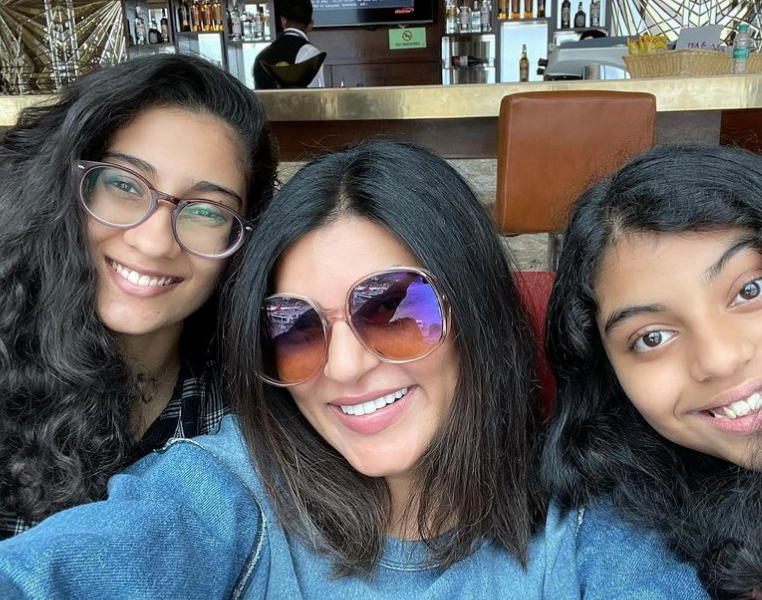 However, this left some of her fans more confused.

Some offered life advice to Sushmita!

“Why to even give such clarification to those who don’t even exist hence enjoy ur life and be happy.”

Another user wrote – “Great news because it is better to be single than being with some wrong person.. you are an intelligent beautiful and respectful woman and you better know what is right and what is wrong..”

Some users were more brazen and used crude language.

Interestingly, Sushmita Sen’s father Shubeer Sen too had no clue about this development.

He said, “I do not have any knowledge or information about this development. I had a telephonic conversation with my daughter on Friday morning only. But she did not tell me anything on this count.”

Earlier, Lalit Modi was married to Minal Modi who passed away in December 2018 after a long battle with cancer.