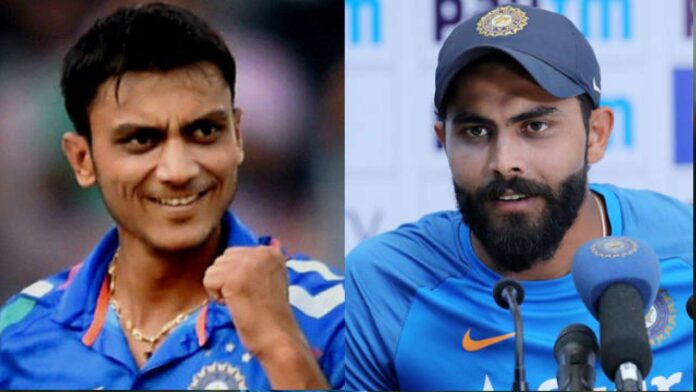 BCCI has named Axar Patel as a replacement for the injured Ravindra Jadeja. Jadeja is currently under the supervision of the BCCI medical team.

Jadeja featured in both of India’s games on the group stage, against Pakistan and Hong Kong, respectively.

Axar Patel, who was initially named as a stand-by player, will join India’s main squad as a replacement.

This is not the first time Ravindra Jadeja has been troubled with a knee injury. He missed the whole west indies in July due to a similar injury.

With only two months to go for the T20 World Cup, India will be hoping Ravindra Jadeja becomes fit till the World Cup

“The All-India Senior Selection Committee has named Axar Patel as the replacement for Ravindra Jadeja in the ongoing Asia Cup.”
“Ravindra Jadeja has sustained a right knee injury and is ruled out of the tournament. He is currently under the supervision of the BCCI medical team.”
“His replacement, Axar Patel was earlier named as one of the standbys in the squad and will join the team in Dubai soon,” the BCCI said

Team India will miss the services of the star all-rounder who gave an all-round performance against Pakistan in the Asia Cup Opener.

His important 36 and 52-run partnerships with Suryakumar Yadav and Hardik Pandya respectively brought India right back in the chase.

In the match against Hong Kong also he did very well with the bowl, although did not get a chance to bat

It was his 4 overs 1 for 15 in the middle that choked the Hong Kong batting unit despite making good use of the powerplay while chasing 193.

India will now take on either Pakistan or Hong Kong in their first match of the Super 4 stage on Sunday, September 4.