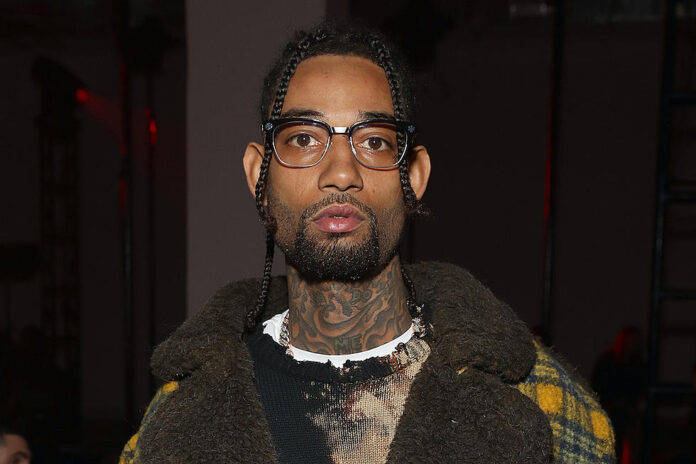 Rapper PnB Rock has died after he was shot while eating at Roscoe’s Chicken & Waffles with his girlfriend.

PnB Rock was killed in a South Los Angeles shooting while getting robbed on Monday afternoon.

Rock, 30, whose real name was Rakim Allen, had been at the restaurant with his girlfriend, who had posted a location-tagged photo in a since-deleted Instagram post.

TMZ said law enforcement received a call about the incident at 1:23 p.m. and that graphic footage circulating online showed him “fighting for his life.” Police told media the victim was pronounced dead at a hospital at 1:59 p.m

“Victim was sitting at a table eating with a female witness when he was approached by the suspect,” Los Angeles Police Capt. Kelly Muniz says in one of the clips below, without naming PnB Rock.

“The suspect then brandished a firearm and demanded his property. … The suspect then fired multiple rounds and then appears to remove some property, to what extent we don’t know at this time.” she added

Rakim Hasheem Allen was born on December 9, 1991, in the Germantown neighborhood of Philadelphia, Pennsylvania. Allen’s father was murdered when he was 3 years old, so he was primarily raised by his mother. In his teen years, he lived in Northeast Philadelphia. He grew up listening to rapper Tupac and R&B group Jodeci.

At the age of 13, Allen was sent to a youth detention program for committing robberies and fighting in school. When he turned 19, he was sentenced to 33 months in prison for drug possession and other crimes. Allen was homeless for a short period after being released from prison. He never finished high school.

Allen later adopted the stage name PnB Rock, which pays homage to Pastorius and Baynton, a street corner near where he grew up in the Philadelphia neighborhood Germantown.

TMZ says PnB relocated from Philadelphia to L.A. after signing his deal with Atlantic almost a decade ago. “His stage name refers to a street corner in the Philly neighborhood where he grew up, Pastorius and Baynton,” the outlet writes.

On June 24, 2014, PnB Rock released his debut mixtape, Real N*gga Bangaz. He wrote the mixtape while he was incarcerated.

In 2015, PnB Rock signed a record deal with Atlantic Records, and under the label, he released his first project with Atlantic titled RnB3 which is his third mixtape.

PnB Rock had two daughters, born in 2013 and 2020, the latter born to Stephanie Sibounheuang.