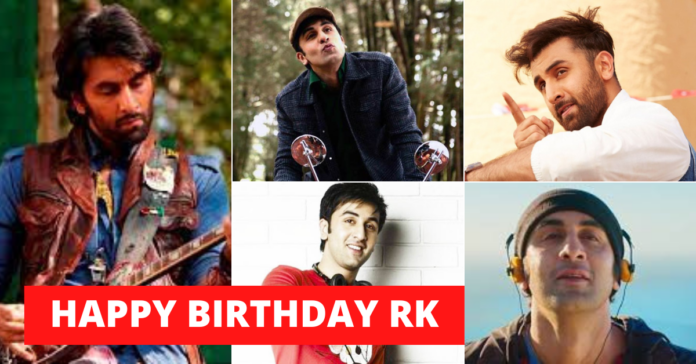 Ranbir Kapoor is among the most successful actors in Bollywood, on his 40th birthday let’s celebrate some of his best movies

Ranbir Kapoor has had a knack for doing coming-of-age films. One of the most versatile actors of this generation, his performances in films like Barfi, and Rockstar have garnered worldwide appreciation.

Considered one of the finest actors in the country today, let’s take a look at some of his best films, that we love the most.

Here are the Top 5 movies of Ranbir Kapoor

Barfi! is a 2012 Indian Hindi-language romantic comedy-drama film directed by Anurag Basu and produced by Ronnie Screwvala and Siddharth Roy Kapur. The film stars Ranbir Kapoor as the eponymous lead, alongside Priyanka Chopra and Ileana D’Cruz in lead roles. The film was a major box-office success, becoming one of the highest-grossing Bollywood films of 2012 in India and overseas. The film went on to gross over 1.75 billion rupees (US$25 Million) worldwide. The film was selected as India’s official entry for the Best Foreign Language Film nomination for the 85th Academy Awards. Ranbir’s performance in the movie was widely appreciated.

Sanju is a 2018 Indian Hindi-language biographical film directed by Rajkumar Hirani and written by Hirani and Abhijat Joshi.  It registered the highest opening for any film released in India in 2018, and on its third day, it had the highest single-day collection ever for a Hindi film in India. With a worldwide gross of over ₹586.85 crores, Sanju emerged as the highest-grossing Bollywood film of 2018, the second highest-earning Hindi film in India of all time, and the 11th highest-grossing Indian film. It earned seven nominations at the 64th Filmfare Awards, winning Best Actor for Ranbir Kapoor

Wake Up Sid is a 2009 Indian Hindi-language coming-of-age comedy drama film written and directed by Ayan Mukerji. Both Kapoor and Sharma won rave reviews for their performances, and the film emerged as a critical and commercial success.

Tamasha is a 2015 Indian romantic comedy drama film written and directed by Imtiaz Ali. At the 61st Filmfare Awards, Tamasha received 4 nominations, including Best Actor for Ranbir Kapoor. Since its release, the film gained cult status for its story, music, non-linear screenplay, and Kapoor and Padukone’s performances.