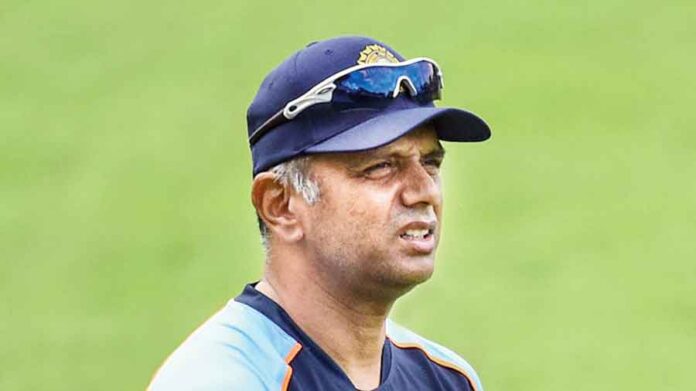 Rahul Dravid, India’s head coach, has tested positive for Covid-19 and is not traveling with the rest of the team that will assemble in Dubai today for the Asia Cup.

It is believed Dravid had mild symptoms, which have receded. He will test again in two days’ time. Paras Mhambrey, the bowling coach, will step in till then.

Captain Rohit Sharma will be leading the side in the Asia Cup event which is scheduled to take place in UAE from August 27th, 2022
Star batsman Virat Kohli returns to India’s T20I squad for the Asia Cup. He last played for Team India in the England tour which happened in July
KL Rahul also made a comeback as vice-captain, after a long break due to a rib injury and Covid-19-related health issues.