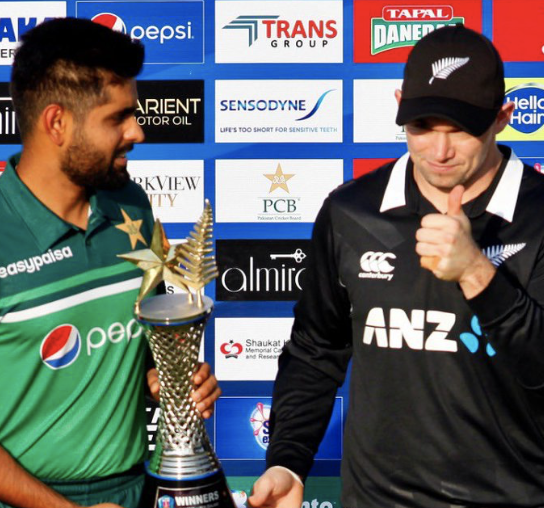 The side was to play Pakistan on Friday in the first of three ODIs in Rawalpindi, before moving to Lahore for a five-match T20 series.

New Zealand was slated to play their first match on Pakistan soil since 2003.

According to an NZC release, “The side was to play Pakistan this evening in the first of three ODIs in Rawalpindi, before moving to Lahore for a five match T20 series.”

” However, following an escalation in the New Zealand Government threat levels for Pakistan, and advice from NZC security advisors on the ground, it has been decided the Black Caps will not continue with the tour.”

“Arrangements are now being made for the team’s departure.”

NZC chief executive David White added that it was simply not possible to continue with the tour given the advice he was receiving.

Earlier, the Pakistan Prime Minister had spoken personally to the Prime Minister of New Zealand and informed her about the adequacy of the security arrangements.

However, looks like the assurances haven’t been enough to pacify the Black Caps.

After 18 long years, Pakistan were eagerly waiting to host New Zealand at home but Pakistan Cricket Board (PCB) was dealt a big blow after New Zealand pulled out of the series just minutes before the first ODI in Rawalpindi.

This could have a ripple effect.

England is slated to tour Pakistan for both men’s and women’s white-ball matches,

England & Wales Cricket Board (ECB) said it is monitoring the situation and will take a call in 48 hours.