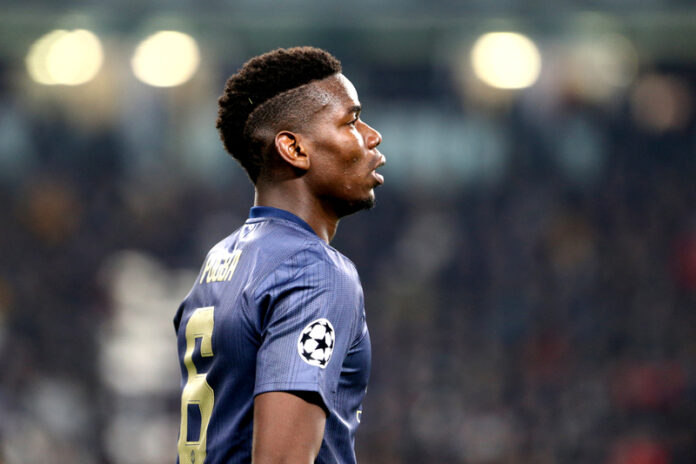 Paul Pogba became a global star during his Juventus stint between 2012 and 2016, and his agent insists that a remarkable return to Turin is not off the table.

The 28-year-old returned to Manchester United in 2016 from Juventus for a world-record transfer fee of €105 million.

Pogba is a Manchester United academy graduate and made three senior appearances for the Red Devils before leaving the club in 2012.

The Frenchman has less than a year left on his Manchester United contract, and he is yet to commit to new terms with the Mancunians.

With his future up in the air, there have been widespread speculations linking Pogba to a move away from Old Trafford this summer.

His agent Mino Raiola’s latest remarks have added fuel to those rumors.

“Paul Pogba is out of contract in June, so we’ll talk with Manchester and we’ll see what happens. Turin is still in his heart. There’s a chance that Pogba will return to Juventus, but it also depends on Juventus.”

Mino Raiola has repeatedly claimed that his client could leave Manchester United, and last December, he clearly stated that ‘’It’s over for Paul Pogba at Man United.’’

Pogba has had a mixed bag of a career at Manchester United so far.

Often, he was accused of lacking consistency.

In his five-year stay at the club, he has won an EFL Cup and a Europa League title.

But, more prestigious trophies like the Champions League and the Premier League title have remained elusive to him.

Meanwhile, Pogba has lifted the World Cup for his national team; a success that has evaded even the likes of Cristiano Ronaldo and Lionel Messi thus far. But, the midfielder’s Manchester United trophy cabinet has not been so illustrious.

But, that can change this season. Manchester United has made some marquee signings this summer to establish themselves as a major contender for the league title. They have brought in Jadon Sancho, Raphael Varane, and of course, Cristiano Ronaldo.

The Portuguese superstar’s return to the club promises to have a far greater significance than a rush of emotions.

Ronaldo has netted three goals in his first two matches and seems to be in perfect physical shape to lead the line for United.

While Sancho is yet to find his feet in England, Varane has made an impressive start to his Manchester United career.

Ole Gunnar Solskjaer appears to have brought the best out of Paul Pogba in the current Manchester United setup.

In the first four Premier League matches, Pogba set up seven goals for his teammates; it is a record in the competition.

Will this prompt Pogba to extend his contract at Manchester United?

Some reports have claimed that he is seriously considering staying at the club following United’s high-profile summer signings.

But, Raiola’s comments have cast a shadow of doubt over his future once again.