Mohammed Siraj to play for Warwickshire in three county games 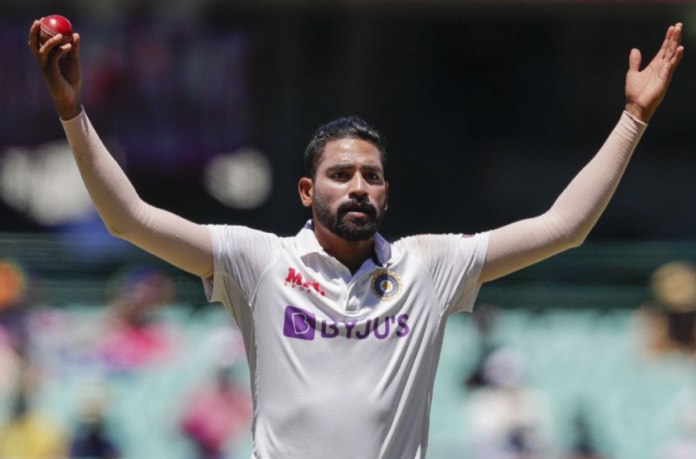 “I can’t wait to join up with the Bears squad. I have always enjoyed playing in England with India and I’m excited to experience County Cricket,” said Siraj

The 28-year-old will arrive at Edgbaston ahead of the Bear’s home fixture against Somerset on Monday, 12 September,” the county club stated in a media release.

A fantastic swing bowler, Mohammed Siraj has played for his country 26 times in all formats, taking 56 wickets. In total, he has taken 403 wickets in 207 career matches with 194 of those in first-class cricket. ( H/T Indian Express)

After getting signed by Warwickshire, Siraj said, “I can’t wait to join up with the Bears squad. I have always enjoyed playing in England with India and I’m excited to experience County Cricket.”

I would like to extend my gratitude to both Warwickshire County Cricket Club and BCCI for this opportunity.”

Director of Cricket Paul Farbrace said, “Siraj is a fantastic addition to the squad and we can’t wait to welcome him to Warwickshire.

“He is one of the best fast bowlers in the world right now and his knowledge and experience will help bring an added dimension to our line-up.”

“It’s been clear that we needed to strengthen our bowling attack for the crucial run-in period and I’m excited to see what Siraj can do in these three games.”

“I can’t wait to join up with the Bears squad. I have always enjoyed playing in England with India and I’m excited to experience County Cricket.” Siraj said

“Edgbaston is a world-class stadium and the atmosphere it created this year for the Test was special,” he added

Siraj will become the sixth Indian player to feature in the England domestic season. Cheteshwar Pujara has been having a tremendous season playing for Sussex while Umesh Yadav and Navdeep Saini have been playing for Middlesex and Kent respectively.

Washington Sundar, part of the Lancashire squad, recently injured his shoulder in a Royal London One-Day Cup game which ruled him out of the Zimbabwe series.

Siraj will also become the second Indian player to represent Warwickshire this season, with Krunal Pandya being part of their 50-over squad. ‘( via Cricbuzz )

Warwickshire is currently placed eighth in the County Championship Division One table, with only one victory in 11 matches.

Following their game against Somerset, they will take on Gloucestershire and Hampshire, with the latter being a home fixture for them as well.

Mohammed Siraj will be the second Indian player to represent Warwickshire this season after Krunal Pandya signed up for the Royal London Cup One Day Championship.