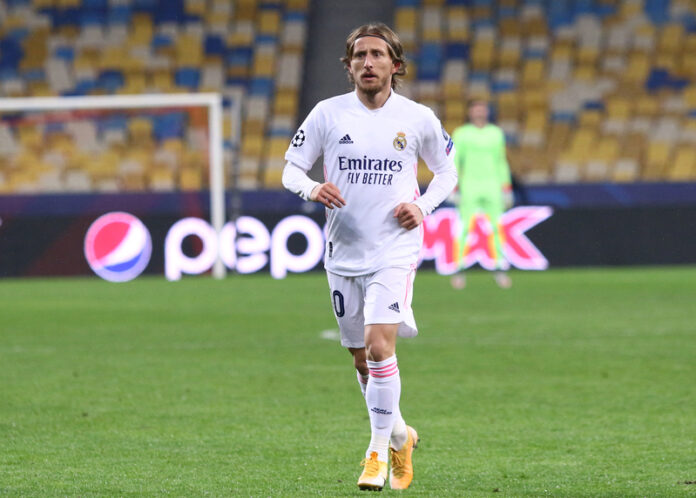 Luka Modric has had a glorious 10-year spell at Real Madrid and continues to dictate the flow of Los Blancos midfield at the age of 36.

The veteran has won two La Liga and four Champions League titles during his stay at the Spanish capital and has cemented his legacy as one of the best players in the club’s history and one of the finest midfielders ever to have played the game.

But all good stories come to an end eventually.

At the end of this season, the Croatian’s contract will expire, and he will move on to the next chapter of his career.

Even though Modric approaches his swan song at Real Madrid, he is still vital to their title aspirations.

Luca Modric was not an instant hit at the Bernabeu after arriving on a £30 million fee from Tottenham Hotspur.

He took his time to settle in, but then Real Madrid boss Jose Mourinho had immense faith in his abilities and backed him to become a legend in Madrid. Modric proved him right within the next few years.

Modric formed one of the most fearsome midfield trios of all time, playing alongside Casemiro and Tony Kroos.

He is the most senior player of the bunch. Yet, he continues to match the contributions of his midfield peers with excellence.

What makes Luca Modric so unique in midfield?

He is an elite progressor of the ball.

The 36-year-old can escape from tight spaces with his excellent dribbling qualities.

You will see him covering every blade of the grass even today.

Since signing his last extension in 2021, he was unavailable for selection in only four matches, which points to his unbelievable fitness level despite his age.

Let’s bring up some stats to show how good Luca Modric has been for Madrid recently.

Over the last 12 months, he has attempted 77.50 passes per 90 minutes, putting him in the 95th percentile across the top five European Leagues.

88.5% of those passes found the intended target.

Modric ranks on the 94th percentile in terms of progressive passes.

For progressive carries, he belongs to the 93rd percentile.

As the numbers suggest, Modric is doing more than pulling his weight.

According to reports, Madrid will offer him a one-year extension, but they have to start planning for a future without the 2018 Ballon d’Or winner since he is not getting any younger.

Camavinga’s eagerness to receive the ball is incredibly outstanding.

He barely refrains from sprinting towards the ball to receive it and retain possession for his team.

Fede Valverde is a workhorse like Modric and is keen to cover large patches of the pitch.

The 23-year-old excels at winning the ball back, a trait Real Madrid scouts would love to have in their future football maestro.

Inter Milan’s Nicolo Barella and Monaco’s Aurelien Tchouameni are two high-profile transfer market options, who have a similar set of skills to Modric.

None of them would come cheap, but that didn’t made Real Madrid to back off in too many occasions, especially if they are convinced they are going for the perfect player for their project.