What Makes Alexander Arnold And Andrew Robertson Such A Deadly Fullback Partnership? 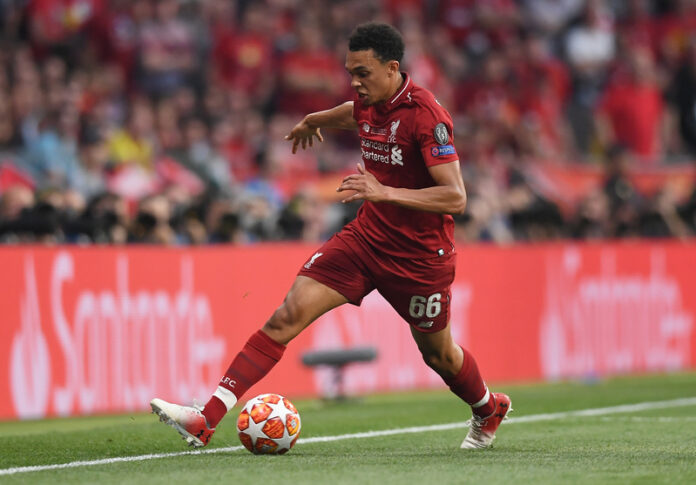 Andrew Robertson and Trent Alexander Arnold have been pivotal to Liverpool’s success under Jurgen Klopp.

The fullback duo has been excellent for the Reds this season as well, with Robertson making 11 and Alexander Arnold registering 14 goal contributions.

Even though both of these players are defenders by trade, they are more important to Liverpool’s playing style as attacking outlets.

How did that happen?

How full backs have evolved

In the early 2000s, fullbacks’ roles were more conventional.

With the 4-4-2 being the template formation, most top teams would deploy their right-backs and left-backs to deal with the wider threats.

You wouldn’t have found many managers who would have licensed their fullbacks to bombard the flanks.

But, the landscape has changed now.

In modern football, many teams rely on their fullbacks to provide width to their attack.

Their attacking and defensive roles are now equally important.

In some cases, the attacking attributes take precedence over the defensive ones. Joao Cancelo is a very good example of that, who operates as a subsidiary midfielder in the Manchester City lineup under Pep Guardiola.

The defensive shapes of modern teams are getting narrower.

Therefore, managers are moving away from the traditional approach of attacking through the middle.

As teams strengthen the core of their defence, they concede more space in wider regions.

With high-flying full backs, managers can exploit the extra space on the flanks during attacks.

Trent Alexander Arnold and Andrew Robertson have become the masters of this trade.

Their goal-assist tally over the last four seasons is a testament of their attacking acumen.

Trent Alexander Arnold has a diverse range of passing. The 23-year-old can pick up one of his teammates inside the opposition box from almost any part of the pitch.

In both dead-ball and in-play situations, he can put the ball in from any distance.

Trent is a superb crosser of the ball. This season he has attempted 87 crosses in 23 Premier League outings, which means he puts in 3.78 crosses inside the penalty box every match.

His deliveries are a constant threat to opposition defenders.

The most frequent routine in Trent’s attacking play is a cross flying into the box from the right flank.

Mohamed Salah remains on the wing as Sadio Mane, Roberto Firmino, Diogo Jota, or Fabinho rushes in to meet the cross.

In terms of playmaking abilities, Andrew Robertson is a more versatile player than Trent, as he possesses various characteristics that allow him to advance the ball in other ways than passing.

The Scottland international makes far more use of his speed than Alexander-Arnold, frequently collecting the ball around the Liverpool penalty box and then sprinting into the final third in search of his forward colleagues.

Robertson also has the edge in terms of physicality. He is more adept in bulldozing through the defenders than his right-back counterpart.

His muscular frame and ability to maintain balance even at top speed serve him well in these scenarios. Trent is the better dribbler between the two, but Robertson has enough skills up his sleeve to leave defenders on his trail every once in a while.

Both Robertson and Trent are in charge of set-pieces for Liverpool.

The right-footed/left-footed combo comes in handy to float in menacing deliveries from both corners.

Trent Alexander Arnold has established himself as one of the most dangerous free-kick takers in the league.

He has scored three free-kick goals in the Premier League since 2019/20; only James Ward Prowse (8) has scored more.

The rise of Alexander Arnold and Andrew Robertson symbolizes the paradigm shift in football, which encourages the fullbacks to have more involvement in the attacking buildup.

Players like Kyle Walker and Ben Chilwell contribute significantly to their team’s attack, but you won’t find a deadlier fullback pairing in the world than Liverpool’s.