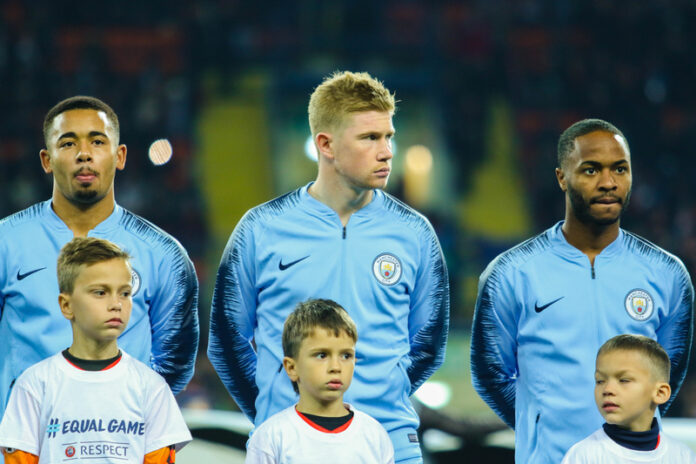 Man City have been crowned champions of the Premier League after closest rivals Man United fell to a 2-1 defeat at home to Leicester.

Pep Guardiola’s side missed the chance to wrap things up themselves at the weekend, losing at home to Chelsea when a victory would have sealed them the title.

However, defeat for a much-changed Man United side on Tuesday leaves the Red Devils 10 points adrift of their local rivals with only three games remaining.

United, who face Liverpool on Thursday, their third game in five days, made 10 changes to their side who won at Aston Villa on Sunday with Ole Gunnar Solskjaer throwing in several young players.

The result was also a huge boost to Leicester’s goal of a top-four finish and a place in next season’s Champions League.

Brendan Rodgers’ side are on 66 points with two games remaining, eight ahead of fifth placed West Ham United who have a game in hand.

Leicester grabbed a 10th-minute lead with a superbly taken first Premier League goal from 19-year-old left back Thomas who volleyed in a deep Youri Tielemans cross from a tight angle.

However, that opener was quickly cancelled out by a Mason Greenwood strike.

Leicester threatened yet again after the break with David De Gea doing well to deny Kelechi Iheanacho at close range.

But Leicester was not to be denied.

Man City have now won the title in three of the past four seasons, reclaiming the trophy they lost to Liverpool last term.

The Premier League crown is Man City’s second major trophy of the season, after also winning the EFL Cup, and they could still add a third in the Champions League final against Chelsea on May 29.