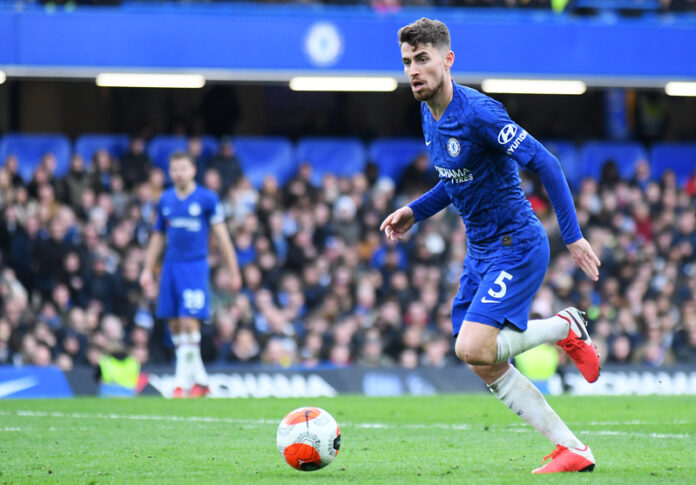 Arsenal defeated Chelsea 1-0 in an underwhelming game as they completed their first Premier League double over Chelsea since the 2003-04 season.

This was also their first league win at Stamford Bridge since October 2011, ending an eight-game winless streak.

It was Chelsea’s first loss in six Premier League games.

The culprit for Chelsea was Jorginho.

Arsenal pressed hard which led to an awful back pass from the Italian midfielder, straight into the Chelsea net.

The goalie Kepa Arrizabalaga tried frantically to avert the disaster and almost succeeded but the rebound was finally converted by Emile Smith-Rowe.

However Chelsea continued to fight hard.

Kai Havertz missed a good chance in the first half with the game still scoreless and Mason Mount had a couple of shots blocked.

Arsenal had taken the lead with only quarter-of-an-hour played and tried to protect their lead with some resolute defending, backed by a lot of bodies.

He infiltrated Arsenal’s penalty box and his assist to Mason Mount led to a fierce shot that would have been a sure shot goal, if it wasn’t blocked by defender Pablo Marí.

Pulisic was once again in the thick of the action as he put the ball in the back of the net but the goal was correctly ruled out for offside.

They are six points ahead of West Ham who have played a game less, and seven in front of Liverpool who have two games in hand.

Chelsea made several changes to the squad that beat Man City.

Arrizabalaga took over from Edouard Mendy in goalkeeping.

This was Chelsea’s only third defeat in 26 matches under Thomas Tuchel and he will be looking to regain the winning form with his original squad.