Real Madrid are on the brink of winning the 35th La Liga title in their history after securing an amazing comeback win against Sevilla at the Ramon Sanchez-Pijcuan.

Karim Benzema was the hero once again as the Frenchman found the back of the net in stoppage time to seal a 3-2 victory over their Sunday hosts.

Carlo Ancelotti had made three changes to the side that faced Chelsea in the Champions League last midweek.

Despite the changes in personnel, Madrid started the match on the back feet, as they did against Chelsea, and had to pay the price in the first half.

Julen Lopetegui was delighted to see his current side racing to a 2-0 win over his former employers before the first time whistle.

Los Nervionenses outplayed the visitors in the early stages of the game, and they got the reward 20 minutes into the game.

Ivan Rakitic brilliantly sailed the ball into the Madrid net, beating a defensive wall and Thibaut Courtois on goal.

Undoubtedly, Ancelotti will address the second goal that Madrid had let in in the post-game talk with his team.

The Los Blancos defence switched off, allowing Marcos Acuna to ping the ball forward towards Jesus Corona, who latched on to the delivery and set up Erik Lamela for a simple tap-in.

Lopetegui had to make a change before halftime as Manchester United loanee Anthony Martial limped off the pitch, but he would have been happy with what he had seen thus far.

But, his team were unable to cope with the Madrid side that came out after the interval.

Ancelotti’s pep talk had an immediate impact on the team as Madrid reduced the deficit by half only five minutes after the restart.

Yassine Bounou had thwarted a brilliant Benzema attempt a few minutes earlier, but he had no answer to the Rodrygo strike that rocketed into the net.

Real Madrid kept on probing for the equalizer, but that did not come till the match progressed beyond the final quarter of an hour.

Dani Carvajal collected the ball near the right side of the Sevilla box from a poorly cleared corner. He found Nacho with a cutback, and the Spain international drew the scores level.

The visitors believed they had enough time to nick a late winner, and they finally did with only seconds remaining to play.

Benzema does it again

Benzema, who has been Madrid’s saviour on countless occasions this season, received the ball from Rodrygo and skillfully sent it past Bounou to make it 3-2. 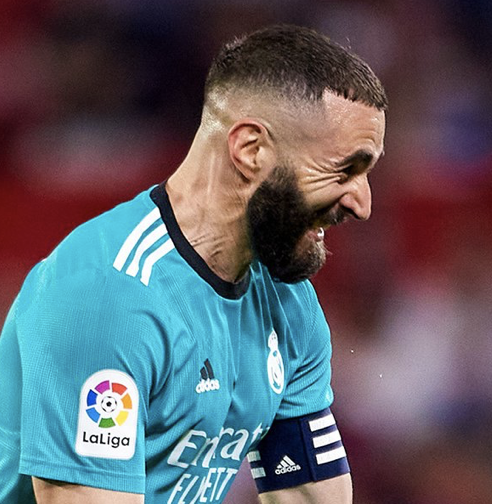 Sevilla, once deemed to be Madrid’s biggest threat to the title this season, are not favourites for a runner-up finish following the defeat.

They currently have the same amount of points as Barcelona, who have two matches in hand.

Real Madrid, on the other hand, have no one in their sight at the La Liga summit.

The record time Spanish champions are now 15 points ahead of their nearest competition, with only six games remaining.