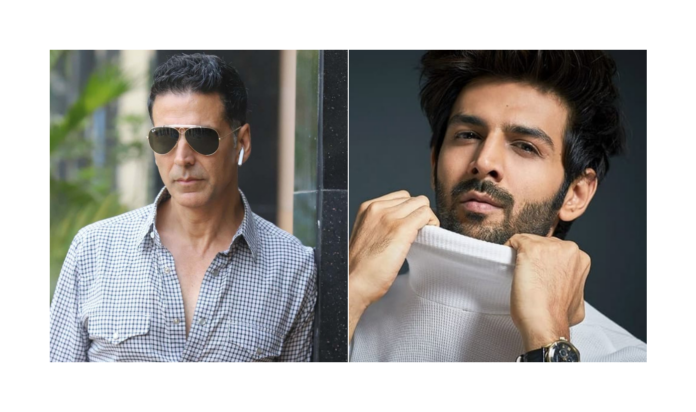 There have been rumors that Akshay Kumar and Firoz Nadiadwala plan to revive the three comedy brands Hera Pheri, Welcome, and Awara Pagal Deewana. However, the most recent information is that the “Khiladi” star has since withdrawn from the sequels.
According to reports, Akshay wasn’t impressed with the caliber and direction of the sequels.

Akshay Kumar is well aware of the hopes his fans have for him in this comedic series.

As attempts to reproduce these sequels without careful consideration and with different actors had previously failed in the past, according to a report in Pinkvilla, he refused to compromise on the quality of these scripts.

Kartik Aaryan has now been chosen by the producers to take Akshay’s place in “Hera Pheri 3.” The same was confirmed by Paresh Rawal, a key figure in the well-known series. On Twitter, a fan questioned the seasoned actor on the veracity of the rumors Kartik was joining the cast of “Hera Pheri 3.” In response, Rawal replied, “Yes, it’s true.” A formal announcement from the film’s creators and the star is still pending, though.

Kartik last appeared in Anees Bazmee’s “Bhool Bhulaiyaa 2,” when he took over Akshay Kumar’s role. The movie was a huge success at the box office. The crowd in the movie showed him a lot of love as “Rooh Baba.”

Along with this, Kartik has projects in the works including “Captain India,” “Satyaprem Ki Katha,” “Aashiqui 3,” and “Freddy.”