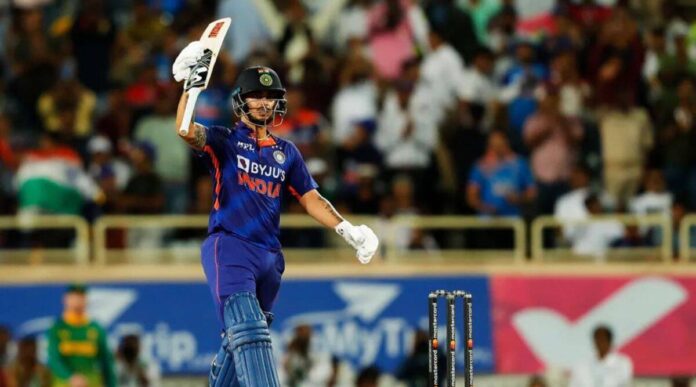 Ishan Kishan in particular put on a fantastic performance with his knock, hitting 4 boundaries and 7 sixes.

The Indian cricket team, which lacks superstars like Virat Kohli, Rohit Sharma, Jasprit Bumrah, KL Rahul, and many others, has given opportunities to young players who have made a name for themselves in the Indian Premier League and as of right now appear ready to take on bowlers at the highest level.

In the second ODI, the Keshav Maharaj-led Proteas team set India a 279-run target to reach. With 7 wickets and 26 balls remaining, the men in blue successfully chased down the mark thanks to Ishan Kishan’s 93 and Shreyas Iyer’s 113. Ishan in particular put on a fantastic performance with his bat, hitting 4 boundaries and 7 sixes. Kishan had a 110.71 strike rate, which rendered the South African team incomprehensible and pleading for solutions.

After the game, Kishan claimed that his strength is his uncanny ability to hit sixes.

He also talked openly about his feelings following his exclusion from the World Cup.

“It obviously feels very bad when you miss out on a major tournament if you miss out on a grander stage. Marquee tournaments such as the World Cup gives you exposure and if you win a game for your country in such events, it gives you a sense of pride. But as of now, I feel that I am lacking in a lot of things and the selectors might have monitored that closely. Deep inside I know that this is not my best performance and that I can better myself.” stated Ishan.

Under the direction of VVS Laxman and the captaincy of Shikhar Dhawan, the young generation of Indian cricketers has prospered. With players like Shubman Gill, Ishan Kishan, Ravi Bishnoi, and others on the rise, the future of Indian cricket now appears promising.

The three-match ODI series between the Proteas and the men in blue is currently hanging in the balance after India defeated South Africa by a score of 7 wickets in the second ODI.