It is a contest between two teams that have underperformed massively at IPL 2022.

Both CSK and SRH are former champions but have not managed a single win yet.

The match will be telecast live on Star Sports Network and Disney+hotstar.

CSK and SRH are having a poor run this season as both of these two sides are win-less so far in the tournament.

Chennai Super Kings have featured in 3 games so far in this competition and unfortunately, they have lost 3 of them while the Sunrisers Hyderabad played two games this season where they, too, lost both of their matches.

Chennai Super Kings played their previous match against the Punjab Kings where they lost the game by a big margin of 54 runs.

They were bowled out for 126 while chasing 181 runs. Shivam Dube scored a brilliant half-century for CSK in that match

On the other hand, Sunrisers Hyderabad lost their last match by 12 runs against Lucknow Super Giants.

They managed to score 157-9 while chasing 170 runs. Rahul Tripathi scored 44 runs for SRH in that match.

Let’s take a look at the head-to-head record between CSK and SRH in IPL history:

Star bowler of the match

Chris Jordan is an excellent bowler and he is a well-known death specialist bowler in different leagues all around the world.

He will be the star bowler for CSK in this match.

Star batsman of the match

Robin Uthappa has smashed an impressive half-century this season and he is looking in great touch.

Uthappa has some excellent power-hitting shots and with the addition of his experience, he will prove the key batter in this game. 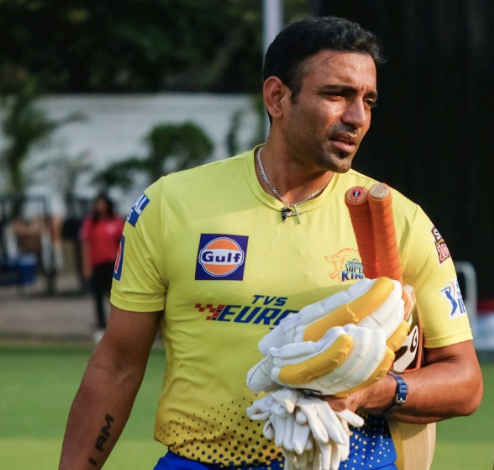 Star Wicketkeeper of the match

MS Dhoni has been exceptional behind the stumps as usual and he also scored a brilliant half-century in the opening game so, Dhoni is expected to be the best wicketkeeper today.

Star All-rounder of the match

Romario Shephard is a good medium pacer and his power-hitting ability in the death overs is outstanding.

His presence will help SRH with both bat and bowl

Both teams need a victory to open their accounts on the points table.

The defending champions CSK were completely outplayed in all their 3 games but they are known for making good comebacks.

Sunrisers Hyderabad is missing their key players from previous seasons because they are facing a lot of difficulty in picking the best combination this season.

Chennai Super Kings are looking ahead of Sunrisers Hyderabad in all departments and they also have a good record against them in the past.

Hence, our prediction for match 17 is that Chennai Super Kings will beat Sunrisers Hyderabad.