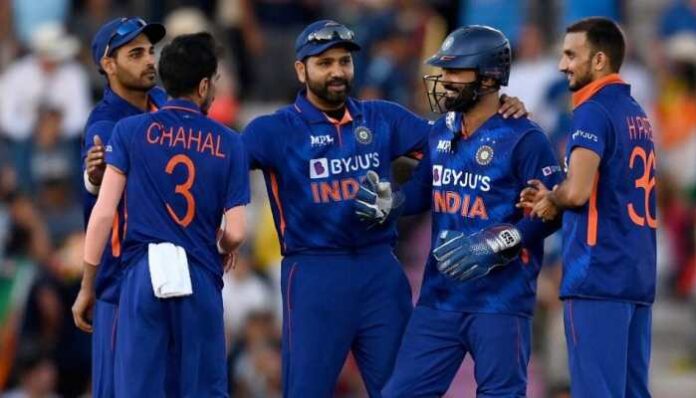 Jasprit Bumrah and Harshal Patel both recovered from their injuries and have made a comeback and expectedly returned to the squad.

The selectors are extra careful ever since the Asia cup and therefore are playing it safe and only including tried and tested players in the 15-member squad for the ICC T20 World cup to be held in Australia.

The ICC T20 World Cup 2022 is scheduled to commence on 16th October and continue until 13th November. India’s first match is against arch-rival Pakistan in Melbourne on 23rd October, followed by playing against South Africa on 30th October in Perth, taking on Bangladesh on 2nd November, and proceeding towards a qualifier in Melbourne on 6th November.

Rohit Sharma is Captain as expected with K L Rahul as the Vice Captain since India has maintained almost all of the top-order which played the T20 World Cup in UAE last year wherein India was out of the race before the semi-finals.

With the ICC T20 World Cup just a month away, the selectors as well as Rohit Sharma did not want to take their chances. Captain Rohit Sharma recently said “95%” of the team is identified and there are going to be no big surprises in the squad for the world cup.

According to a source, “The average age of the squad is more than 27. The idea is to back experience and play safely in a tournament like the World Cup.

Owing to their injuries, both Jasprit Bumrah and Harshal Patel missed out on the Asia cup but are all set for their comeback after recuperating at the National Cricket Academy in Bangalore.

Harshal Patel is India’s second-highest wicket-taker with 19 wickets and is only behind Bhuvneshkumar Kumar who has taken 31 wickets. Undoubtedly, this pace attack duo will prove beneficial in the World Cup.

After India’s pace attack failed to make a mark and contain runs against both Pakistan and Sri Lanka in the Asia Cup, Mohd Shami was expected to be included in the world cup squad.

That being said, Mohd Shami only managed to secure a place amongst the 4 standby players the others being Ravi Bishnoi, Deepak Chahar, and Shreyas Iyer accompanying the squad to the World cup.

“Hardik Pandya, Arshdeep Singh, and Bhuvneshwar Kumar will be reporting to the NCA for conditioning-related work during the home series against Australia and South Africa” the BCCI stated.

Ravindra Jadeja will be missing out due to an injury and is therefore replaced with Axar Patel and Deepak Hooda has been chosen for his outstanding performance in the IPL 2022 as well as against Ireland for India.

Dinesh Karthik maintains his position with Rishab Pant meaning Sanju Samson is sitting this one out as well.

Here’s the India Squad for the ICC T20 World Cup.