How Karim Benzema became the face Of Real Madrid 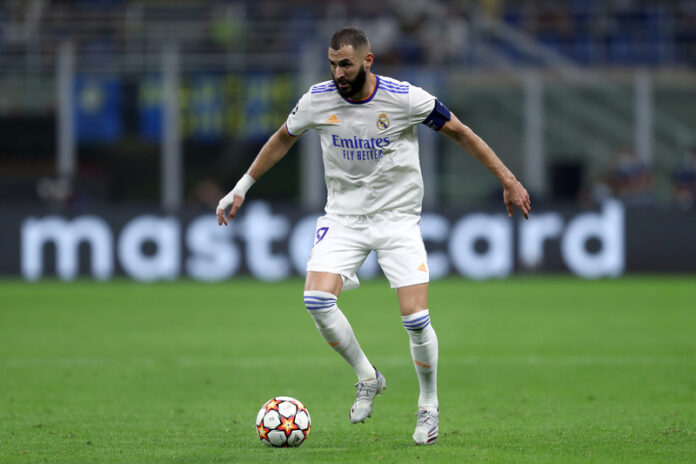 Karim Benzema has been in the form of his life over the past few seasons.

The Frenchman had been so consistent in recent seasons that Didier Deschamps, the France national team manager, brought him back to Les Bleus camp following a six-year exile from international football.

Since his return, Benzema has scored six goals for France in nine competitive appearances, including a stunner against Spain in the UEFA Nation’s League final.

The 33-year-old has been in Madrid for no less than 12 years, but before the summer of 2018, he was never at the centre of the spotlight at Santiago Bernabeu.

Rather, he was crucified for his ‘’lack of prolificness’’ in the 2017/18 season, when he only had 12 goals to his name, which is sub-par indeed for a striker leading the line for Real Madrid.

Cristiano Ronaldo departed for Juventus in the summer of 2018, leaving Benzema as the most senior player in the Real Madrid attacking department.

But, very few could have foreseen Benzema living up to the challenge and successfully filling up the void left by the Portuguese superstar.

As the stats show above, Benzema has been a stand-out performer ever since he became the focal point of the Real Madrid attack.

He morphed into a complete modern striker in recent years, mostly Zinedine Zidane can claim the credit for that.

Zidane had always had faith in his compatriot. So, he managed to unlock Benzema’s best qualities as a forward.

In Zidane’s first term, Benzema was not the primary goal-scorer of the team.

Since Real had someone as clinical as Cristiano Ronaldo up front, Benzema’s role was to create an ecosystem where Ronaldo could thrive.

Versatility is his strength

After Ronaldo left, Benzema took over a more proactive part in the Real Madrid offence.

His stellar performances eclipsed poor forms of Luka Jovic and Eden Hazard, two big-money signings made after the Ronaldo sale.

Even when Real were struggling under Julen Lopetegui, Benzema continued to register incredible numbers. In Zidane’s second spell, Benzema was his trump card as Real Madrid secured the 2019/20 La Liga.

Benzema’s fluidity as a forward makes him a treasured asset for any manager.

He can drift wide, make runs behind the line, drop deep to play a makeshift number 10 role-Benzema can do anything you can ask a modern number nine to do.

Under Carlo Ancelotti, he has had a fantastic start to the season, scoring ten and assisting seven goals in the first ten matches of the season.

Karim Benzema is one of the most underappreciated players in the world, who has been performing at an astonishingly high level for years.

Undoubtedly, he is the talisman at Real Madrid now.