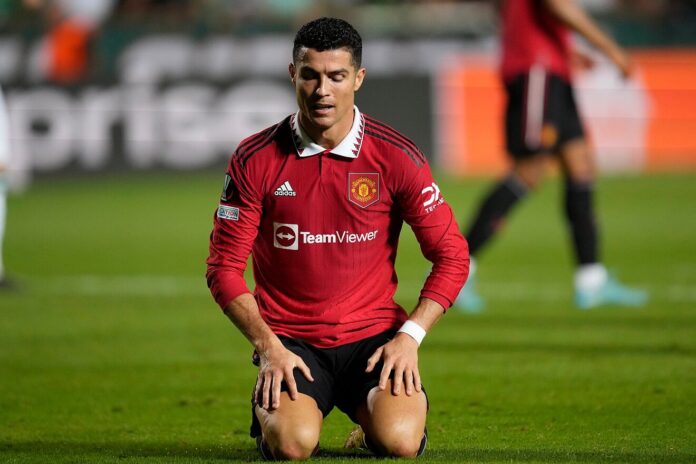 Cristiano Ronaldo scored Manchester United’s game-winning goal against Everton on Sunday, giving the Red Devils a victory in the Premier League 2022–23. In addition to giving United a victory, the goal gave Ronaldo the opportunity to reach a significant career milestone of 700 club goals.

The entire football community congratulated Ronaldo on his accomplishment and paid tribute to him on social media. Even the greatest cricketer in Indian history, Virat Kohli, couldn’t but but respond to Ronaldo’s 700.

For Ronaldo, who has spent the majority of the season warming the bench for Manchester United, it hasn’t been the best of seasons. He had to be substituted in early against Everton by manager Erik Ten Hag after Anthony Martial sustained an injury and needed to be changed.

Ronaldo stepped in quickly after Martial and opened his account. He took advantage of a through-ball from Casemiro, a former teammate at Real Madrid, and he narrowly beat Jordan Pickford. The agonizing wait for his season-opening Premier League goal and his 700th strike was over.

Up to the end of regulation, United maintained a 2-1 advantage, earning all three points. After the game, Ronaldo posted on Instagram to congratulate his squad on their victory. Virat Kohli was one of many sports stars who commented on Ronaldo’s post.

“Great win guys! Another step in the right direction! #WeStandUnited,” Ronaldo had posted. To this, Kohli wrote: ” The G.O.A.T 700″.

After the game, even manager Ten Hag of Manchester United paid respect to Ronaldo. He stated: “That is really impressive. To score 700 goals is a huge performance. I’m really happy for him. I congratulate him on that performance and I’m also happy as it’s his first goal this season in the Premier League. He had to wait for it and I’m sure there will be more goals.”

Ronaldo hopes to build on his season-opening league performance and continue to play well for Ten Hag and United.