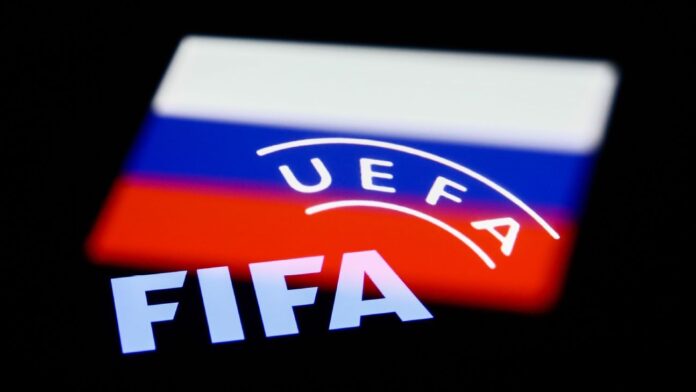 Russia has been expelled from the 2022 World Cup and its teams suspended from all international football competitions “until further notice” after President Vladimir Putin’s invasion of Ukraine, FIFA announced in a joint statement with UEFA on Monday.

The men’s team had been due to play in qualifying playoffs in March for the World Cup in Qatar later this year, while its women’s side had qualified for the European Championship in England, to be held in July.

“FIFA and UEFA have today decided together that all Russian teams, whether national representative teams or club teams, shall be suspended from participation in both FIFA and UEFA competitions until further notice,” football’s global and European governing bodies said.

Russia were due to play Poland in a World Cup qualifying playoff semifinal on March 24, and could have gone on to face Sweden or the Czech Republic on March 29 for a place at the finals.

But their three potential opponents insisted they would boycott the matches.