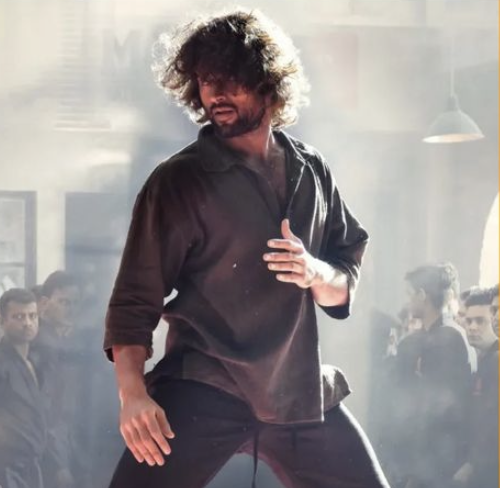 Ananya Panday and Vijay Deverakonda are currently in the news for their latest movie – Liger.

Deverakonda is portraying an MMA fighter in the movie and American boxing legend Mike Tyson also has a cameo in it.

Despite the presence of big names, the movie has got disappointing reviews.

In fact, #BoycottLiger also started trending a day before the release.

When Vijay Deverakonda was asked about the boycott Liger trend in a recent interview, he said “Kaun rokenge dekh lenge”.

“I feel that there is no room for fear, when I had nothing, I didn’t fear, and now after having achieved something, I don’t think there needs to be any fear even now.”

“We have mother’s blessings, people’s love, God’s support, a fire inside us, we will see who will stop us!” he said.

Deverakonda even promised at one of the promotional events that his movie will rock at the theatres.

This arrogance has not gone down well with audience or the exhibitors who claim business has been affected due to these comments.

Said Manoj Desai, owner of the famed Maratha Mandir and Gaiety-Galaxy cinemas in Mumbai, “Why do you think saying ‘Boycott our movie’ is smart? On OTT, no one will even watch.”

“Your actions have caused us problems and negatively influenced our advance reservations. You are an anaconda, Mr. Vijay, not “Konda Konda.”

“You sound like an anaconda when you talk. “Vinaash kaale vipareet buddhi,” which means that as the end draws near, the mind shuts down, is what you are doing.”

“Mr. Vijay, it appears that you have grown arrogant; have you not seen the impact of ‘Watch the movie or if you don’t desire to then don’t watch’?”

“Watch Taapsee Pannu, Aamir Khan, and Akshay Kumar’s struggles if the audience won’t watch. I had great hopes for the movie, but painful effects from the interview’s words have been felt. Not to do this, and never pay attention to hashtags.”

We hope the movie gets back some momentum as Bollywood can’t afford another flop now!