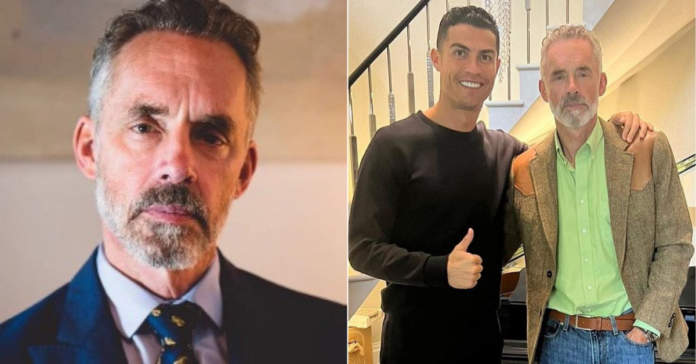 Jordan Peterson has claimed he helped Cristiano Ronaldo navigate a challenging period in his life.  As he goes through what can probably be considered the most difficult moment of his career, Cristiano Ronaldo decided to seek out professional help.

Jordan Peterson opened up about helping footballer Cristiano Ronaldo through a tough moment in his life on Piers Morgan Uncensored.

Peterson was just a guest on Piers Morgan’s show and he was asked by the British presenter about his visit to Ronaldo. In the conversation, Piers revealed that Cristiano took therapy and seemed in much better shape after meeting with Jordan.

This is what Jordan said to Piers Morgan during their interview: “That’s what happens when you hang out with reprobate like me. He invited me to come and see him.

“He’d had some trouble in his life a few months ago and a friend of his sent him some of my videos and he said he’d watched those. Then he read one of my books and found it helpful, he wanted to talk. I went out to his house and we talked for about two hours. He showed me all his equipment for staying in tip-top condition, we talked about his companies. Mostly we talked about what he wanted in the future and some of the obstacles that he’s facing.”

Piers Morgan joked about Jordan Peterson’s role as a ‘Ted Lasso’ figure in Cristiano Ronaldo’s life. Ted Lasso is a fictional character from the Emmy Award-winning sitcom of a motivational coach in the Premier League. Peterson liked that comparison and added: “Maybe he did realize to be missing this figure because he found it to some degree in those lectures and I always like to hear what people are up to and what they want.”