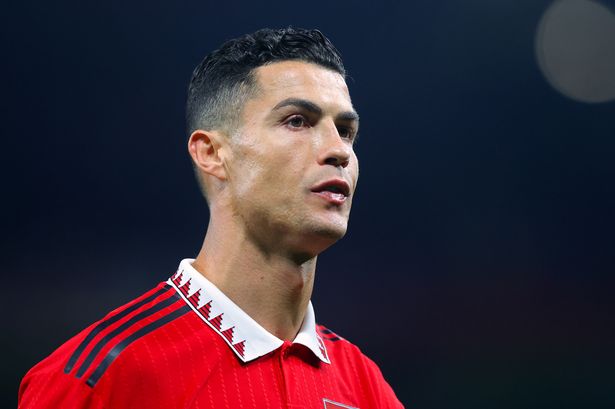 Manchester United manager Erik ten Hag has axed striker Cristiano Ronaldo from the squad to face Chelsea on Saturday as punishment for his early exit during the win over Tottenham Hotspur.

Ten Hag has taken the decision after Ronaldo left Old Trafford before the end of the 2-0 victory over Spurs on Wednesday.

Ronaldo did not train with the first team squad Thursday and is not expected to rejoin the group until Monday.

Sources have told ESPN that the club has backed the action taken by Ten Hag but insists the 37-year-old remains “an important part of the squad.”

A club statement issued on Thursday read: “Cristiano will not be part of the Manchester United squad for this Saturday’s game against Chelsea. The rest of the squad is fully focused on preparing for that fixture.”

Ronaldo left his seat on the bench to walk down the tunnel before the full-time whistle against Tottenham, despite Ten Hag having two more substitutions available.

Sources have confirmed to ESPN that the striker refused to come on when Ten Hag brought on Christian Eriksen and Anthony Elanga in the 87th minute. United have declined to comment on those reports.

Sources also told ESPN that Ronaldo left the stadium and was not in the dressing room when Ten Hag and the players returned.

Ronaldo reported to United’s Carrington training ground at around 10:30 a.m. on Thursday.

He held talks with Ten Hag before the Dutchman decided to drop him from his squad to face Chelsea at Stamford Bridge.

Cristiano Ronaldo put out a statement through his social media accounts stating that he tries to live and play respectfully but there are times when the heat of the moment gets the best of him.

“As I’ve always done throughout my career, I try to live and play respectfully towards my colleagues, my adversaries, and my coaches. That hasn’t changed. I haven’t changed. I’m the same person and the same professional that I’ve been for the last 20 years playing elite football, and respect has always played a very important role in my decision-making process,” the forward said.