A bold poster of upcoming film “Liger” is going viral on the internet.

Wait, he isn’t technically nude as you can see a bouquet of roses covering his private parts!

Thank goodness for that!

The picture left netizens and even celebrities gasping for breath.

The hashtag ‘#Sexiestposterever’ has been trending on Twitter ever since.

Liger is based on the MMA sport.

It also features a cameo by boxing great, Mike Tyson. 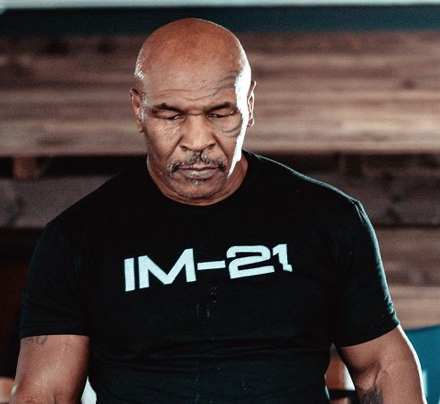 While sharing this poster on the internet, Devarakonda wrote

“A film that took my everything

As a performance, mentally and physically, this was my most challenging role.

I give you everything!

In the past, Aamir Khan and Ranbir Kapoor both made nude appearances in the films PK and Sanju.

Liger is directed by Puri Jagannadh and produced by Karan Johar.

Ananya Pandey is the female lead opposite Vijay Devarakonda in this film.

Liger will be released on August 25 across Telugu, Tamil, Hindi, and Malayalam languages.

Without doubt, Liger is also one of the most-awaited films of the year.

The leading ladies from South film industry and other celebrities reacted favourably to the hot poster.
His co-star, Ananya Panday wrote: “Every day should be rose day but OUR day is coming very soon.”
Actress Samantha Ruth Prabhu, who will be seen with Vijay in an upcoming film, commented, “He knows the rules .. just so he can break them .. Guts and glory!! #Liger @thedeverakonda”

Vijay is very excited about the film.

He said ” I am very grateful to Karan Johar for giving me this opportunity. Karan can thank me after the film releases because we will give him a blockbuster,” he said.