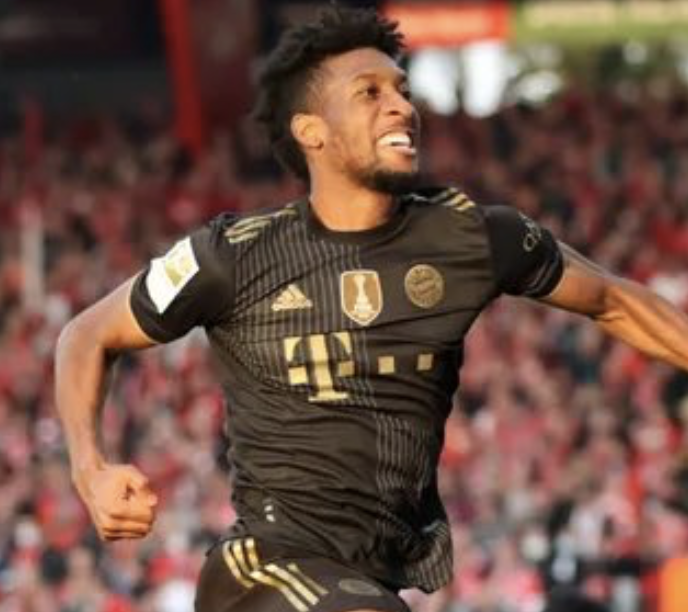 New Barcelona manager Xavi Hernandez is in a hurry.

As per reports, the Spaniard is reportedly targeting Kingsley Coman as his first major signing in January.

Xavi is a big fan of the Frenchman and wants to make him part of Barca’s left wing.

Whether a deal can be reached for Coman in January remains to be seen, as he is still an integral member of Julian Nagelmann’s Bayern attack.

Coman has impressed for the German champions this season, scoring twice in the Bundesliga.

He has also been stalling on his contract and now could be the perfect time for Barcelona to bolster their ailing forward line by landing Coman.

Xavi is letting everyone know who the boss at Barcelona is, with Ousmane Dembélé finding out the hard way.

It is all part of a hard-line new stance from Xavi who brought 10 new rules into the Barcelona dressing room upon his arrival.

The World Cup winner broke the first of those 10 laws, which means that players must arrive at least 90 minutes before training starts.

The forward will be hoping to ensure he isn’t late again, with fines doubled for repeat offenders.

Among the strict new rules in place involves players having to be home by midnight two days before a game, while their off-field activity is going to be monitored.

Dembélé has endured a frustrating campaign to date after only managing one appearance in all competitions to date after suffering with a knee injury.

It is hoped that these tough new standards will help to take Barca back to the top.

The Catalan outfit is 11 points behind La Liga leaders Real Sociedad – albeit with a game in hand.

Their most recent match saw them surrender a 3-0 lead to draw 3-3 with Celta Vigo. as Iago Aspas equalised for Celta in injury time.

After the international break, Barcelona will clash against city rivals, Espanyol on 20th November at the Camp Nou.

It remains to be seen if Xavi’s tough laws will bear fruit.