Why Ole was right keeping hold Of Jesse Lingard 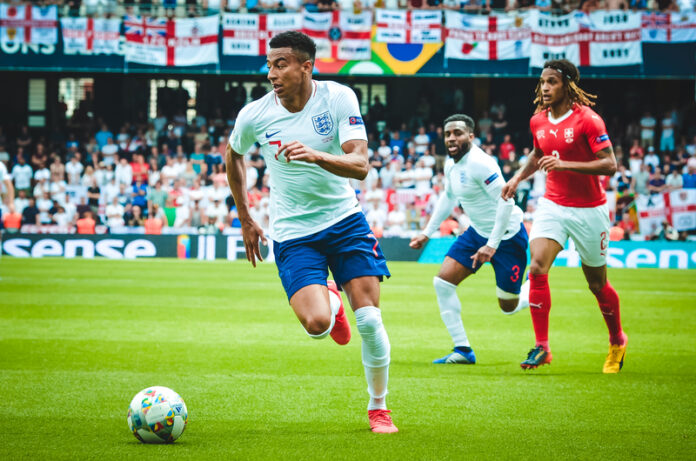 Not a lot of people foresaw Jesse Lingard playing for Manchester United this season.

The 28-year-old had a brilliant loan spell at West Ham, where he scored nine goals and assisted four more in 16 Premier League outings for the Hammers.

After Man United’s high-profile attacking recruitments this summer, it seemed all the more likely that Lingard is set to leave the club he has been playing for since he was seven years old.

Lingard managed only 64 minutes of football in the entirety of 2020.

Arrivals of the likes of Jadon Sancho and Cristiano Ronaldo would push even further towards the fringes.

Fresh off a successful loan stint, United could have received a considerable fee from his suitors.

But, Ole Gunnar Solskjaer actively took him off the selling list, insisting he is a part of his plans for the new situation.

The decision might appear a bit outlandish because Man United have a plethora of attacking assets, and they have let go of a younger player of a similar profile in Daniel James.

Manchester United have sold James to Leeds United for £30 million.

The Welshman has made 59 appearances for the club in his two-year stay, while Lingard has struggled for minutes.

So, why not keep James instead of Lingard as a backup?

Choosing Lingard over James makes sense when you take into account their recent performances.

Lingard has revitalized himself in the Premier League under David Moyes and made it to England’s Euro 2020 provisional squad.

James, on the other hand, seemed continuously out of place at United and openly admitted to losing his confidence as a Red Devils player.

Also, Lingard has only a year left on his contract. His current deal would have expired this summer, but United activated a clause in his contract that will prolong his stay at the club.

While Lingard’s form at West Ham did draw attention from other clubs, it would have been difficult to get as much as £30 million for him since he only has months left in his contract.

Not all footballers hit the ground running coming from other leagues in the Premier League.

Although Jadon Sancho boasts a prolific record in Bundesliga, there is no guarantee that he would be able to replicate that form in the Premier League immediately.

Timo Werner, for instance, hit 28 Bundesliga in his final season at RB Leipzig. But, he could not reach double digits for Chelsea in his first season.

So, Ole needed someone to take the burden off Sancho and help him settle in. The Norwegian identified Lingard as the perfect candidate for this role.

Many would point towards the comical back pass Lingard attempted to play to David de Gea in the dying stages of the game against Young Boys, which ultimately led to the winning goal for the opposition.

But, he was quick to atone for his mistake as he curled in an 89th-minute stunner to win the match for Manchester United against West Ham the following weekend.

Before that, he had scored in Manchester United’s 4-1 thrashing of Newcastle United to end his 13-month goal drought for the Mancunians.

However, Lingard’s long-term future might not be at Old Trafford, after all.

He has rejected extension offers from the club since he does not feel convinced he can break it to the starting XI anytime soon.

But, the forward can play a ‘’super-sub’’ role for the 13-time Premier League champions this season, which could prove instrumental in ending their four-year wait for silverware.