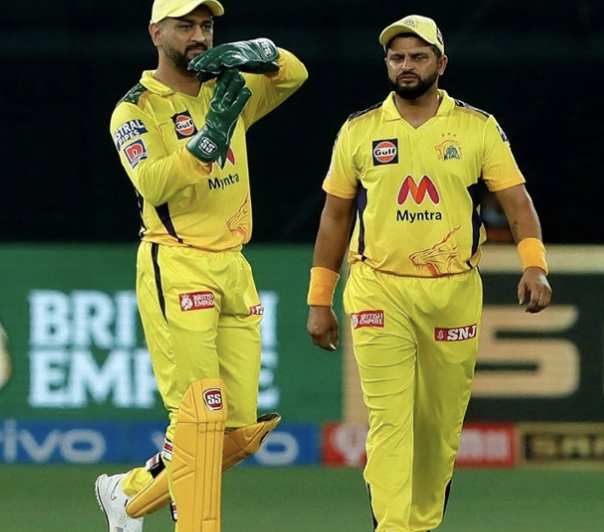 Chennai Super Kings have marched on to a brilliant victory on IPL’s return to action.

Dhoni’s men beat Mumbai Indians by 20 runs to reach the top of the points table.

The Super Kings have been on a roll in the 2021 campaign.

They have outclassed opponents in all departments, something similar to what happened tonight in the UAE.

After setting up a tricky total of 157, Chennai stopped Mumbai 20 runs short to win a thriller.

Ruturaj Gaikwad scored his sixth IPL fifty to bag the Player of the Match award on the opening game of the second leg of the competition.

With top-order batters returning to the hut from the other end, the right-handed opener gave Mumbai bowlers a run for their money.

Gaikwad remained unbeaten on 88* and finished with a superb sweep six off Bumrah.

His massive contribution allowed the CSK to recover from loss of three batsmen for ducks and mount a comeback from being 24 for 4, at one stage.

Saurabh Tiwary’s innings was unusual to say the least.

The batter never got going despite facing several deliveries which allowed him to settle.

His 50 off 40 balls mounted pressure on other batsmen.

In the end, it came down to shoulders of Kieron Pollard, who was unfortunate not to finish the job.

Deepak Chahar was phenomenal in the powerplay overs.

His opening spell crippled MI’s hopes of getting a blistering start.

His 19/2 in 4 overs restricted the Indian batters, never allowing them to open their arms despite the asking rate going upwards.

He is turning out to Mr. Dependable for Dhoni in crunch IPL games.

Rajasthan Royals will look to go past the likes of KL Rahul, Chris Gayle and Mayank Agerwal on Tuesday when they face off against Punjab Kings.

Despite a slight advantage in the points table, the Kings look like a more formidable side on paper.

The way KL Rahul has performed throughout the tournament makes him a potent weapon for every team.

Probable Man of the Match

Gayle has shown hints of his golden touch in the Caribbean Premier League.

He’s a proven match winner and someone who can change the momentum of the game in a jiffy.

Winning the CPL title with the Patriots will have him brimming with confidence and rearing to go big on the IPL return.

He may have not shown his A-game in a long while, but this seems like the best occasion for him to end his form slump.

The Royals don’t have their best all-rounder – Ben Stokes. They are likely to succumb to the massive powerhouses in the Kings’ batting line-up.

The Royals and Kings share six points, but the Royals have played one game less (7) than their next opponents (8).

This gives them a moral advantage, but lack of match winners in their side may come back to bite them.

The team is too dependent on Sanju Samson and Chris Morris, hence, the Punjab Kings should win the Tuesday clash with ease.