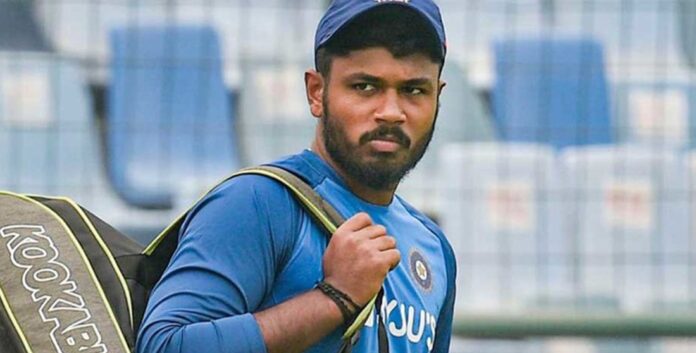 The BCCI on Monday announced a 15-member squad for the upcoming T20 World Cup, which starts on October 16 in Australia

Sanju Samson who traveled with the team to Ireland and West Indies earlier this year was also not considered for the upcoming home T20I series against Australia and South Africa.

He was also not included in the reserve squad for T20 World Cup. Netizens disappointed as Sanju Samson misses out on T20 World Cup selection

Samson, who has been in and out of the side this year, didn’t get the nod despite impressive returns in T20Is this year.

Shami, Chahar, Bishnoi, and Shreyas Iyer were named to the reserve squad

Pacers Mohammed Shami and Deepak Chahar, leg-spinner Ravi Bishnoi and middle-order batter Shreyas Iyer would be the reserve players for the tournament.

Fans were disappointed seeing Samson not even make the reserves list despite having good performances than his competitors.

Rishabh Pant who was one of the two keepers on the side had a very ordinary outing in the tournament.

With Pant failing, Indian cricket fans expected the selectors to include Sanju Samson as one of the two keepers alongside Dinesh Karthik but that did not happen.

Samson, who led the Rajasthan Royals to the final of the IPL 2022, wasn’t part of the home T20Is against South Africa but was picked for the Ireland series.

He played the second and the final T20I but wasn’t part of the playing XI in the first T20I against England despite being in the squad.

Samson returned in the ODI series against West Indies and was preferred ahead of Ishan Kishan before being named in the T20Is as well, replacing KL Rahul

In 6 T20Is, Samson has played in 2022, he averages 44.75 with a strike rate of 158.41. Fans across the border were also disappointed by this news, with several Pakistan fans expressing dismay at the selection.

Former Pakistan spinner Danish Kaneria feels Samson should have been on the flight to Australia in place of Rishabh Pant.

What do you think of this decision by BCCI to not include Sanju Samson in the squad?