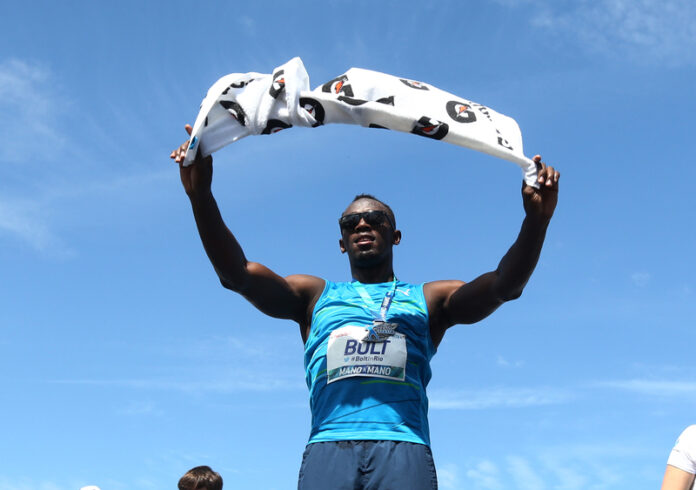 Not too many people know that the world’s greatest sprinter ever is a big cricket fan.

The Jamaican who tried to become a professional footballer after retirement is known to have played a lot of cricket at school.

On Wednesday, he sent a message of support to RCB captain, Virat Kohli and star batsman, AB de Villiers.

In a gesture of support, he even sported the RCB jersey while performing his legendary two-arms-to-the-right pose.

Virat Kohli was quick to respond and said, “No doubt and that’s why we’ve got you on our team now.”

However, there is more to this banter than meets the eye.

Incidentally, Bolt has been endorsing PUMA for years.

So, it all boils down to a smart piece of marketing by the apparel giant, two days before the IPL!