2 months ago, Jabeur became the first person from Tunisia to reach the singles final at Wimbledon.

In fact, Jabeur became the first Tunisian to reach a Grand Slam final and came agonisingly close to victory before bowing out to Elena Rybakina in three sets.

A highly versatile player, she captured her first WTA 1000 title on clay at the Mutua Madrid Open.

Her accomplishments have now been immortalised with a collectible stamp.

The Tunisia Post unveiled the stamp, which features a fist-pumping Jabeur, and a description of the hometown hero’s accomplishments in both English and Arabic. 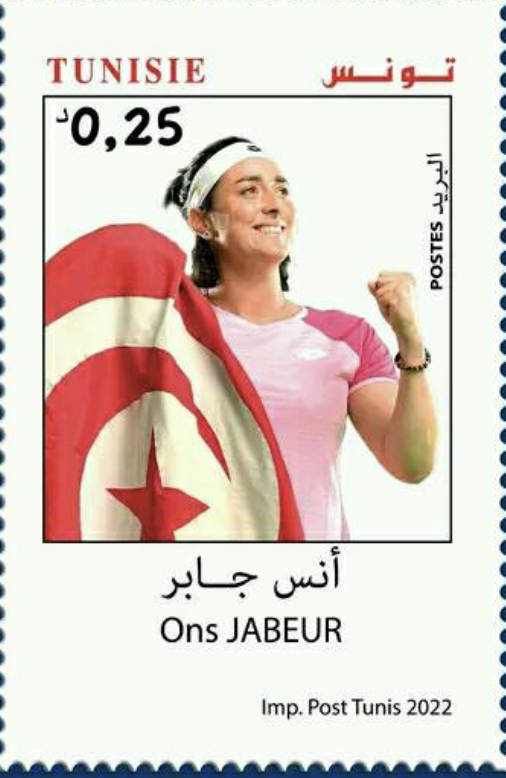 “Through this victory, she has succeeded in opening up horizons of hope for the young men and women of Tunisia,” the stamp reads.

“Ons Jabeur is the first player from an Arab country to enter the Top 10…In June 2022, she reached 2nd place in the world ranking to enrich the series of historical successes won by Tunisian women in different fields, deserving the title of ‘Tennis Icon.”

Currently ranked No. 5, Jabeur won her first match since Wimbledon at the Mubadala Silicon Valley Classic.

Next, she will participate in the Western & Southern Open which will serve as preparation for the US Open.

We congratulate this female icon for inspiring a generation.