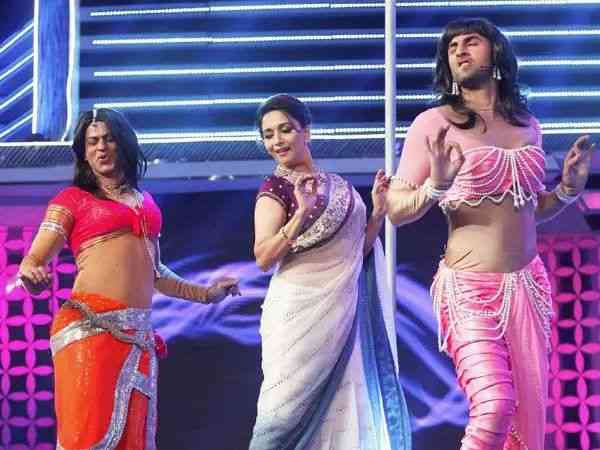 Bollywood award functions are known to be fun and interesting, but things could sometimes get a bit tricky

Sometimes in the quest of producing entertainment for the audience, the hosts sometimes go a bit overboard with different antics

It is a well-known fact that the skits and dialogue performed by the hosts are scripted.

Despite being scripted, sometimes celebrities and those present at the award shows lose their cool or get into awkward situations

While hosting the 2012 Filmfare awards, the duo decided to dress in drag and performed to the song “Ooh la la” but the performance by Shah Rukh Khan and Ranbir Kapoor fell flat.

In 2009, Ashutosh Gowarikar won the Screen Awards for the Best Film of The Year for ‘Jodha Akbar’ but no sooner than accepting the award, the ace director blasted Sajid Khan and expressed his displeasure at Sajid’s jokes and insults

“The two teased Neil by asking him about his surname to which Neil replied back saying ” I personally find this as an insult and I think you guys just need to shut up ya.”

Back in 2013, singer-composer Mithoon won an award for his composition for ‘Aashiqui 2’ and after accepting the award Salman Khan and Mithoon got into a war of words which led to Salman yelling “Chalo niklo” at him in a joking but menacing tone.

Ali Asgar and Suresh Menon hosted Zee’s Golden Balti Award in 2011 and the two were handed over a Lifetime Achievement Balti Award to KRK, who got really offended by this.