Throwback! Why Katrina and Ranbir broke up

There was a time when Katrina Kaif and Ranbir Kapoor were the hottest couple in town.

But then, sadly, things fell apart.

Ranbir Kapoor has been quite a Casanova who has left behind a string of broken hearts.

In fact, one of first high-profile affairs was with Deepika Padukone.

Later, it ended with nasty cheating accusations levelled by Deepika against Ranbir.

However, the real reason for the break-up between Ranbir and Katrina has never been revealed.

If you want to know more about this, read on.

The likely reason for the break up

Gossip mills suggest that Ranbir and Katrina fell in love on the sets of Ajab Prem Ki Ghazab Kahani.

He was dating Deepika Padukone during that time.

But Deepika was completely unaware of what was cooking right beneath her nose.

Suddenly, all hell broke loose as pictures of Katrina sporting a bikini vacationing with Ranbir in Ibiza surfaced. 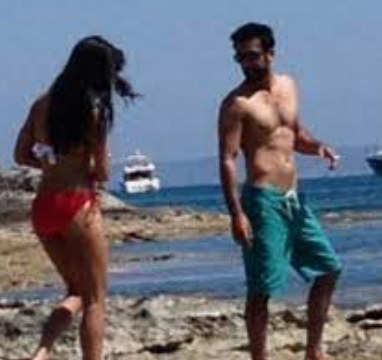 This incident hastened the end of the Ranbir-Deepika relationship.

Even though Katrina started dating Ranbir, it’s probable that she was haunted by a fear that Ranbir could cheat on her too.

There was clearly a trust deficit.

Once she even expressed her concerns about Ranbir.

When asked about their marriage plans, Katrina replied, “My greatest fear is that if and when I get married and I am standing at the altar or the mandap, Ranbir may not love me completely”

“That he may not know his mind well enough to be making those commitments. The anticipation of heartbreak is my only fear.”

Katrina Kaif continued, “I am not as close to Ranbir’s family as I would like. But I would like to hang out with them more.”

“Family would be a defining factor when I make the decision to marry. I am a very responsive person. So, if my partner gives me what I need, I can be the best girlfriend you can wish for.”

This lack of trust quickly degenerated into an ugly spat.

When their relationship was on the rocks, the couple were barely on speaking terms.

There was a clear lack of respect between the two.

This came out clearly during the promotions of ‘Jagga Jasoos’.

In a promotional event, Ranbir said, “Not many people know that when she did Sheila Ki Jawani, Chikni Chameli and other such amazing songs – I was the person who’s behind making it a success.”

“That’s cause I used to make her rehearse, work on her expressions and all. I used to teach her. There is no gratefulness that you have shown about it.”

In response to this, Katrina simply replied “Tu pee ke aaya kya? (Are you drunk?)”

We are happy that all this is in the past and both Katrina and Ranbir have found new soul mates.