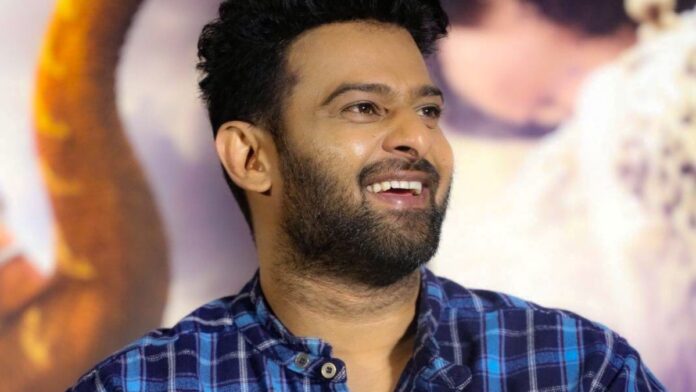 In honor of their late family patriarch Krishnam Raju, Prabhas and his family hosted a memorial meal.

After a prolonged illness, the renowned actor Krishnam Raju passed away earlier this month.

In Mogalthuru, Krishnam Raju’s hometown, their family had a memorial gathering. A small town in Andhra Pradesh’s West Godavari district is called Mogalturu. Prabhas was seen by tens of thousands of fans.

The “Adipurush” actor emerged and waved to the crowd of onlookers. He also expressed his gratitude to all of the supporters for their support of Pedda Nanna Krishnam Raju.

A delectable spread of meat, chicken, fish, and prawn dishes were presented by the family. At the memorial supper, 22 vegetarian curries and desserts were also served as the event is projected to draw close to one lakh participants.

Take a look at some tweets to see Prabhas’ fans;

EXCLUSIVE – ALL YOU ADIPURUSH FANS – THE MUCH AWAITED DAY IS HERE – #Adipurush teaser poster out TOMORROW, at 7.11 am. Are you READY??? Teaser on Sunday. #Prabhas #KritiSanon #SaifAliKhan #OmRaut #TSeries #BhushanKumar

Saif Ali Khan, Sunny Singh, and other prominent actors play key roles in the high-on-VFX film Adipurush, which is set to be released in all of the major Indian languages. The expensive movie, which was produced by T-Series and Retrophiles Pvt. Ltd., will hit theatres on January 12, 2023.